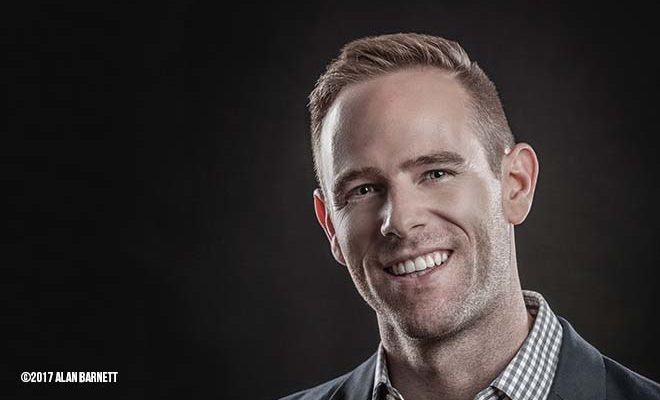 A Builder, Not An Operator

By 2030, the majority of organizations will have LGBTQ+ representation across their leadership teams and workforce, and we will have eliminated discrimination in the workplace based on sexual orientation, due to my work at Mathison in advancing diversity recruiting.

Arthur Woods is a serial entrepreneur working at the intersection of equity, inclusion and technology. He Co-Founded, Mathison, the leading talent marketplace connecting underrepresented populations to the most competitive job opportunities globally. Arthur launched the first Equal Hiring Index to assess and improve inclusion in organizations’ hiring. Arthur came from Google where he led operations for YouTube’s Education division and oversaw YouTube for Schools. Arthur previously co-founded Imperative, leading social learning platform and Out in Tech, the largest global LGBTQ technology community worldwide. He was named to Forbes 30 Under 30, is a three-times TEDx speaker and is an advisor to leading brands from Disney and MetLife to the Smithsonian.

As a co-founder of Mathison, a talent marketplace connecting underrepresented populations to the most competitive job opportunities globally, he recently launched Mathison’s Equal Hiring Index™️. The EHI is the first way to assess and improve inclusion at every step of the hiring process. The work of his combined platforms has influenced the practices of more than 300 employers and, in all, they have supported over half a million individuals globally.

He works “every day to create value” and that work is the “vehicle” in which he brings his ideas to life. That vehicle is fueled by his belief that purpose is abundant but money and status are two elements of work that exist in scarcity. Arthur has embarked upon on a mission to shift the way we think about work—an expression of who you are, a demonstration of your values, a calling—from scarcity to abundance.

Arthur’s work challenges us to ask the question “Where am I at my best?” and then take action around the things that bring out the best in us. Fortunately, his answer to this profound question was the realization that he is a builder and not an operator with a passion for educating. He recognized that he needed to be building relationships and connecting to people every day. With this understanding, he set out to follow his passion while understanding his purpose to build.

He found a voluntary opportunity while working at YouTube helping transform the content from “cat videos” to a rich source of “educational content”. This volunteer opportunity turned into a full-time job leading operations for YouTube’s education division—bringing his passion for education to his work.

He believes that “purpose is a choice that we make every day and you can connect to purpose in any role in any line of work.” His research found that purpose is the reason why we work beyond money and status. We work because of our depth of personal relationships and sense of community, our sense of personal impact (work that creates value) and personal growth.

Arthur has been one of the most impactful entrepreneurs in the area of diversity and inclusion, founding four social enterprises with game-changing business models to drive inclusion. He has shared his message in three TEDx speeches and been recognized by Forbes as a top 30 social entrepreneur and the World Economic Forum.

He has dedicated his career to creating organizations and movements that advance diversity and inclusion with financially sustainable business models that enable the work to grow. The arc of his career trajectory begins with co-founding Social Impact 360, the first collegiate fellowship program to enable college students to launch their own socially conscious companies while in school. Through SI360 he has supported and launched ventures with over 2,500 entrepreneurial fellows over the last 10 years.

While growing SI360 he moved to the Google world where he launched YouTube’s education division focused on democratizing access to educational content to the world. They were able to curate more than two million free educational videos globally.

While at Google he helped launch Google’s first LGBTQ employee resource group. This work inspired him to co-found Out in Tech, the world’s largest LGBTQ technology community which he helped grow to more than 30,000 members. They are in 15 cities and have held over 300 events to date. He launched a digital corps to support organizations in regions where LGBTQ members face persecution and coding scholarships for disadvantaged LGBTQ youth. He has been able to mobilize hundreds of volunteers who have contributed more than 4,500 hours to the movement to date.

From Out In Tech, he co-founded Imperative, a workforce development company with an assessment and coaching platform and a major emphasis on supporting employees in need and to people with disabilities. Thereby, directly responding to the 80% unemployment rate facing the disability community. He led a national research endeavor that proved the significant role that work plays for people with disabilities and the business case for employing them. This business case enabled many employers to change their policies in this area.

Most recently he co-founded Mathison, to address the fact that representation of diverse and disadvantaged communities is severely lacking in the workforce and board room. He launched the first diversity recruiting marketplace through which they donate a free recruitment marketplace technology to nonprofits and associations serving underrepresented communities across the world. They also equip employers to be able to recruit and hire disadvantaged individuals and with every hire, they donate half of their profits back to nonprofits supporting underrepresented job seekers—a generative model indeed.

He has led partnerships with over 100 nonprofits serving disadvantaged communities, created and launched the first Equal Hiring Index with the only global benchmarked scores and resources to measure and improve inclusion at every step in the hiring process. The work of Arthur’s combined platforms has influenced the practices of over 300 employers and, in all, they have supported over half a million individuals globally.

Arthur’s leadership is profound in that his work and research in diversity and inclusion is making an impact across constituencies. He dreams of a world where we are all “treated equally and we all have the same opportunities despite being different. In our world today the  things that make us different are often viewed as a disability” or a disadvantage “or considered a weakness.” He dreams of a world and systems that support embracing what makes us different as it is a model for increased growth and opportunity.