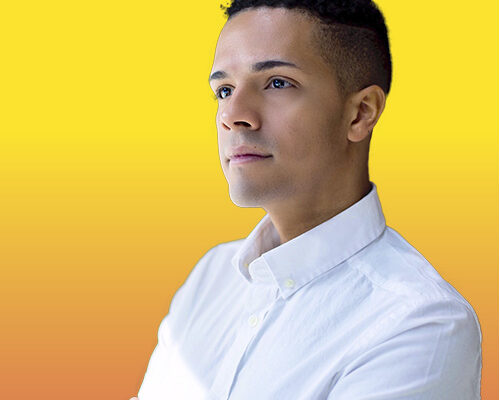 The antidote to hate and bigotry is community. We are infinitely powerful when we stand together, lift one another up, and refuse to leave anyone behind.

Brandon Wolf is the Central Florida Development Officer and Media Relations Manager for Equality Florida. In July 2016, in honor of his best friend, Drew Leinonen, who was killed in the Pulse nightclub shooting in 2016, he founded The Dru Project, which sponsors LGBTQ student groups and provides college scholarships to future leaders. Nationally recognized for his work with the community and gun violence prevention, he has published columns at USA Today, HuffPost and spoken out as a guest of media outlets including CNN and MSNBC.

Originally from Oregon, Brandon Wolf’s relocation to central Florida in 2008 changed the trajectory of his life forever. Wolf enjoyed a successful career in business management for 13 years.  As a talented vocalist, he had always dreamed of a career in music.

Wolf’s life took a sudden turn in 2016 and ever since has been shaped by the promise he made at his best friend Drew’s funeral: to never stop fighting for a world he would be proud of. As Wolf washed his hands at a sink inside a restroom at the Pulse Nightclub, a man filled with hate charged the front door and opened fire. Wolf was lucky to escape with his life — but his chosen family had not. Forty-nine people were killed and 58 were wounded that June evening in Orlando. The events have fueled over four years of advocacy for common sense gun safety reform and LGBTQ civil rights.

By September 2019, Wolf testified before Congress, at the request of the late Representative John Lewis. He also accompanied Senator Elizabeth Warren on the campaign trail as one of her National Surrogates. All of this and more, in only four years.