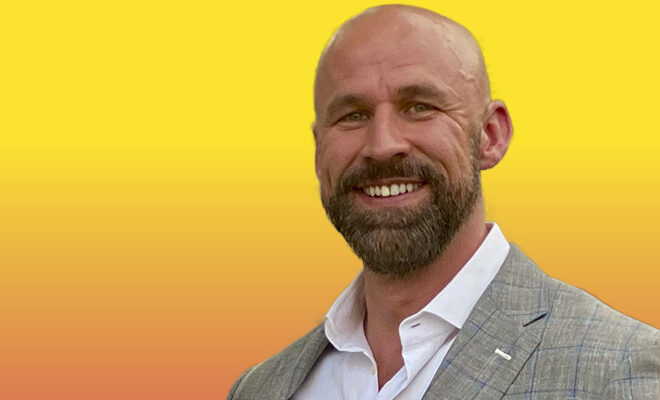 Making disruptive changes and sacrifices for our most vulnerable people is something we CAN do. As a leader in my profession and community, it is important to be mindful of those who are challenged not only physically or mentally, but also those challenged and put at disadvantage because of our societal norms.

Openly gay bodybuilder Cory Freeman achieved back-to-back wins in his first two competitions, setting the stage for professional status in his rookie year. He has gone on to place first in local and national bodybuilding competitions. Freeman is a leader within the fitness community and takes pride in living authentically. A Physical Therapist with a Bachelor’s in Sports and Exercise from Utah State University and a Doctor of Physiotherapy from the University of Utah, he manages a team of therapists with a special focus on access to care for the elderly.

Cory Freeman has been a Board Certified Orthopedic Specialist since 2013. He provides more than patient care, he manages multiple patient cases by overseeing care given by multiple providers that he supervises. Collectively, his team treats well over 100 patient cases at any given time.

With the novel coronavirus pandemic impacting everyone’s lives, those in the elderly population were most at risk for negative outcomes. Freeman’s plan — take the treatment to the patient. Meeting patients in their homes reduces the risk of unnecessary contact and other dangers when leaving the home. Based on the patient’s specific functional need to improve their independence in the home, care in the home helped them maintain a higher quality of life.

Freeman is a nationally qualified classic physique bodybuilder. Within the gym and the fitness community, he is a leader in the sport while he also provides physical therapy for many of the local competitors and fitness enthusiasts. He has taken first place both locally and nationally in bodybuilding competitions.

As an adolescent, Freeman struggled to come out due to the belief in common stereotypes about gay men in the media. As he grew older there was nothing that could keep him in the closet. He came out at 28 years old and never looked back.

Freeman celebrates the diversity in the LGBTQ+ community and he wants to see more of the diversity represented in the local and LGBTQ+ communities. Although he lives in a religious and politically conservative state, he chooses to, figuratively speaking, wear his pride flag on his sleeve.

Freeman sees himself as a role model for young LGBTQ+ people for what can be accomplished while living authentically in your truth. He wants to show both the younger generations and the local communities that LGBTQ+ individuals are integral contributors to society. Freeman hopes for a day when there is no longer a need to be in the closet. As the visibility of LGBTQ+ leaders increases, Freeman believes the world will eventually embrace the community, and more importantly, the individuals in the community will be more accepting of themselves.