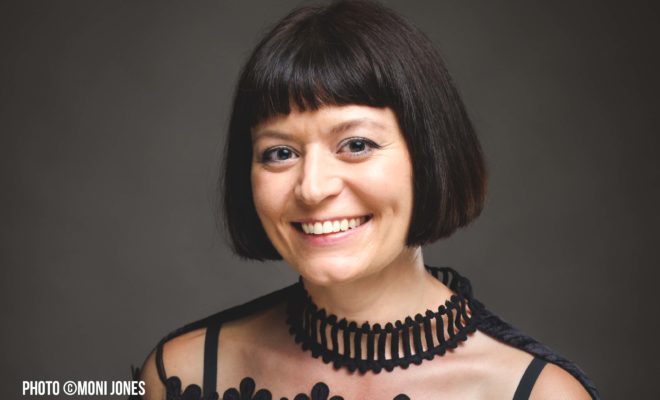 By 2030, my research has helped give LGBTQ STEM professionals and students a place at the science and engineering table not as “others” but as equals.

For the last decade, Dr. Erin Cech has pioneered research on LGBTQ inequality issues specifically in the fields of Science, Technology, Engineering and Math (STEM) and the U.S. labor force more broadly. Her research has brought LGBTQ inequality issues to the forefront of the diversity and inclusion conversation in STEM academia and industries. She is currently a Principal Investigator of the first nationwide study to uncover evidence of widespread experiences of historically marginalized and devalued populations in STEM.

As a queer engineering student, her experiences of the heteronormative and masculine climate of engineering drove her to want to investigate processes of LGBTQ and gender inequality within STEM. She entered a PhD program in sociology to give herself the theoretical and empirical tools necessary to document and explain the processes to broader audiences.

For more than ten years, Dr. Cech’s career as a researcher has been devoted to better understanding the subtle cultural processes that lead LGBTQ persons, women and people of color to be excluded and silenced within the context of STEM education and STEM workplaces. She worked on the first published research on sexual minorities in engineering and now leads the first large-scale project exploring LGBTQ inequality in STEM industries and academia, with particular attention to intersectional processes of disadvantage.

She has had the privilege of sharing this work across the country, at more than 20 universities, at Fortune 500 companies and at the conferences of major STEM-related professional societies. Her scholarship uses multiple methods, from large-scale surveys to in-depth interviews, and has been published in sociology, psychology and engineering journals. Her research has been covered in major news outlets such as The New York Times, The Washington Post, CNN, Time Magazine, and Reuters.

Beyond her research into LGBTQ inequality issues in STEM, Dr. Cech is an influential scholar of gender inequality. Her recent research in the Proceedings of the National Academy of Sciences (February 2019) found nearly half of new mothers and a quarter of new fathers leave full-time STEM employment — concluding that parenthood contributes to gender imbalance in STEM.  This finding was featured in Forbes, Reuters, CNN, and Time Magazine.

Dr. Cech is an assistant professor of sociology at the University of Michigan. Before coming to UM in 2016, she was a Postdoctoral Fellow at the Clayman Institute for Gender Research at Stanford University and was on faculty at Rice University. She earned her Ph.D. in Sociology in 2011 from the University of California, San Diego and undergraduate degrees in Electrical Engineering and Sociology from Montana State University.

Her research is funded by multiple grants from the National Science Foundation and she is a member of the editorial board of the American Sociological Review and the American Journal of Sociology. She is a dedicated teacher and a graduate student mentor. Her research profile and publications can be found on her website, ErinACech.com