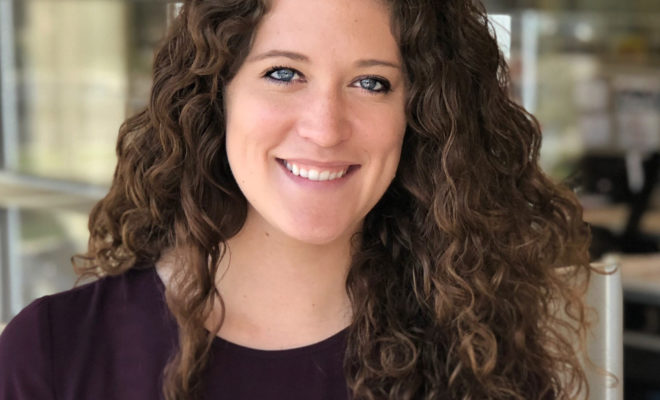 Jessica Sharpe has always been the girl who rallies those around her, whether down by five runs or a teammate making an error, she is there to motivate and push everyone forward. Just as in her youth, these leadership qualities resonate for her now. Her natural inclination is to be vocal and outspoken. However, when she started her career at Barilla, she was quiet and not comfortable in her own skin. Intimidated by her first corporate job, Jessica chose to stay closeted at work because it seemed easier.

After the anti-LGBTQ comments made by the Barilla Chairman in 2013, she was no longer able to take a backseat, her instincts kicked in —she needed to rally. She took what she knew would be a risk and chose to come out to the entire organization during a town hall meeting. In doing so, she placed herself in a position of leadership and responsibility despite being one of Barilla’s youngest employees even as the company navigated an unfortunate global controversy. In the midst of these turbulent times, Jessica co-founded the first ever global Barilla Employee Resource Group focused on LGBTQ initiatives.

With the support of the Barilla Chairman, she was asked to launch this ERG at the corporate headquarters and to present alongside activist David Mixner. The ERG has expanded to four countries and continues to grow, and employees from around the world are coming out inside Barilla. This journey has allowed Jessica to make a difference beyond imagination. Some of the highlights include: presenting to LGBTQ homeless youth at the Ali Forney center, volunteering for LGBTQ seniors at the Center on Halsted and developing policies related to Gender Transition Guidelines. She is proud of herself for being brave and putting on her “rally cap” that day as her courage has impacted a global brand that touches the world. Since the incident the company has enjoyed a perfect score on HRC Foundation’s Corporate Equality Index — a testament to the efforts and leadership of many inside Barilla, including Jessica.