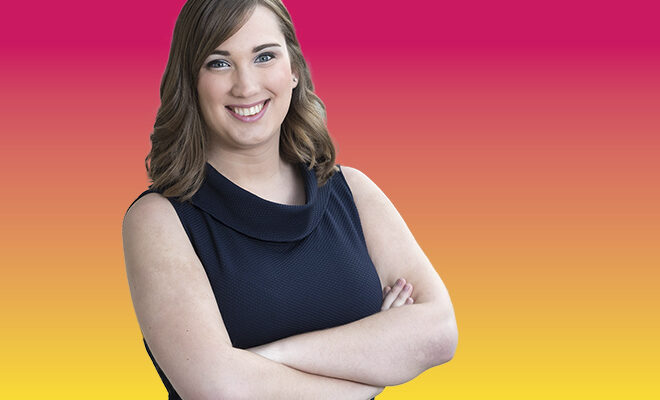 Sarah McBride
Class of 2021 BEQ Pride LGBTQ Leader Under 40
Delaware State Senator-elect
(She, Her) is 30

Sarah will be one of the first openly trans state senators in American history!

Sarah McBride is a Delaware State Senator-elect, set to be sworn in January 2021. She was most recently the National Press Secretary for the Human Rights Campaign. McBride grew up in Wilmington, DE, and has been involved in progressive and community advocacy for most of her life, including working for former Governor Jack Markell, Attorney General Beau Biden and in the Obama White House. In 2013, McBride joined the Board of Directors of Equality Delaware and became the leading advocate for the state’s landmark non-discrimination legislation. Since then, she has worked with state leaders to expand Medicaid in Delaware and, in 2017, helped secure passage of legislation protecting vulnerable youth from child abuse. Former Gov. Markell awarded McBride the Order of the First State, the state’s highest civilian honor.