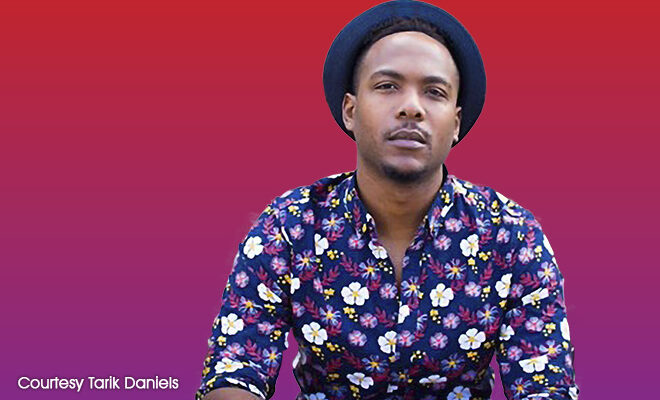 Spreading love should be constant. Life will throw many things our way but receiving and giving love must be constant for spiritual balance.

Tarik Daniels is a champion for the LGBTQ+ community and those living like him with HIV. As founder and executive director of WHATSINTHEMIRROR?, he is a passionate leader dedicated to ending HIV and eradicating the mental health stigma within the LBGTQIA+ communities. Daniels is also a mental health activist, Black queer feminist and a Healing Justice Peer Specialist, podcaster and author. Daniels earned his undergraduate degree from Bowling Green State University.

Tarik Daniels believes we all deserve joyous and fulfilling lives and to that end he is doing his part. He believes in giving Trans and gender non-conforming people a seat at the table and inclusion of the voices from the diverse community. He is actively advocating and working to make mental health services more accessible from culturally affirming clinicians. He also works to end the senseless violence against black trans women.

Daniels’ artistic works focus on social injustices faced by the Black diaspora of women, as well as queer, and trans people of color in America. Daniels is a writer, director, and producer of several theater productions and he published a novel in 2018 called No Bonds So Strong.

No Bonds So Strong is a coming of age drama about four black queer friends growing up in Detroit. Plagued by the absence of the black father, Trayvon, Eman, Robert, and Jay Jay must rely on their friendship with each other to survive the adversities of being young, black, and queer in inner city America.

Daniels is currently working as a Physician Practice Administrator for Center for Health Empowerment and serving his second term as a City of Austin Commissioner for the LGBTQ Quality of Life Advisory Board and HIV Planning Council. He is a graduate of Bowling Green State University with a B.A. in Political Science with a Non Profit Management concentration and International Studies. He is also a public speaker and works in policy development.