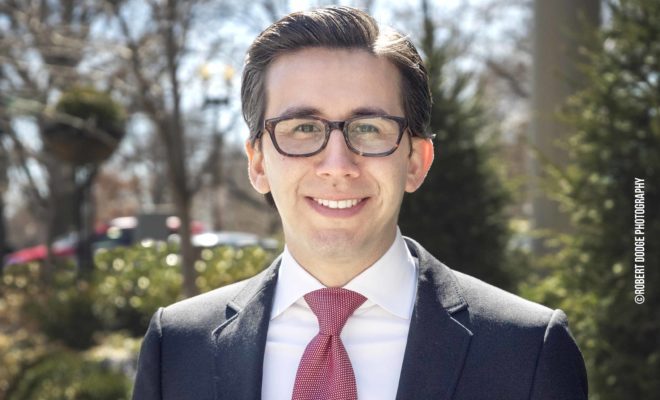 By 2030, the majority of publicly traded companies will have at least one LGBTQ member of their board of directors because of training and leadership I’m participating in.

Thomas Sanchez is founder and CEO of Social Driver. He is an innovator and entrepreneur focused on the intersection of marketing and technology. Under his leadership, Social Driver was named “DC’s Coolest Companies” (DCInno) and the 7th fastest growing agency in the United States (The Agency 100). Thomas is an advocate for innovation in education, diversity in business, and inclusion in technology. He was recently named a Minority Business Leader by the Washington Business Journal and appointed by the mayor of Washington D.C. as an advisor to the District government. Whether building businesses, mentoring young entrepreneurs or working with clients, Thomas evangelizes his belief that “…the future is bright, all progress is social, and the drivers make history.”

Under Thomas’s leadership, the agency’s collaborative culture and cutting-edge strategies have received wide acclaim, including the National LGBT Chamber of Commerce’s Supplier of the Year award and a Minority Business 100 award.

Thomas started his career at Cerner Corporation, leading new initiatives around the world. His views on how technology impacts the workforce are included in The 2020 Workplace by Jeanne Meister. He mentors young entrepreneurs as a judge for The George Washington University Business Plan Competition, a contest his team won in 2011. He serves as secretary on the board of directors of The Trevor Project.

As the CEO of a Certified LGBTQ-owned Business Enterprise LGBTBE®, Social Driver showcases LGBT+ inclusion as a benefit, not a burden. They have policies that are welcoming to all and focus on using their diversity as a power for creativity and client strategy. They proudly demonstrate that LGBT+ inclusion is good for business.

Social Driver has participated in diversity development programs with Accenture, Allstate, and Cigna.  Thomas is proud that their clients also support LGBTQ inclusion. He has worked with LGBTQ-serving organizations such as the LGBTQ Victory Fund & Institute, National LGBT Chamber of Commerce (NGLCC), and SMYAL to transform their websites and digital platforms. They have also worked with brands, such as Pepco, to build inclusive campaigns for Capital Pride and other LGBTQ events.

In addition to celebrating diversity in the workplace and throughout their client work, Thomas has a passion for public service. That passion led him to launch the Driver Foundation to provide financial support for nonprofits that the company and its employees believe will create that bright future.

Thomas also serves on the Board of Directors of The Trevor Project, the national nonprofit providing suicide prevention services to LGBTQ youth, and recently assumed the position of Secretary of the nonprofit corporation. Thomas was also appointed by the mayor of DC to the LGBTQ Advisory Committee to advise on issues of LGBTQ diversity and inclusion. Thomas is also serving as the Chairman of the Innovation & Technology Inclusion Council (ITIC), a public commission in the District of Columbia