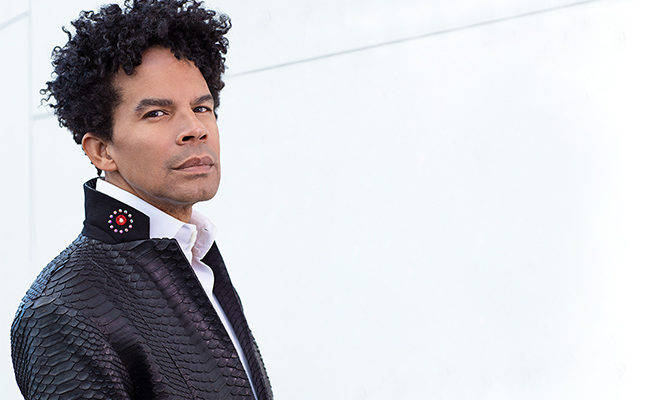 Roger Enrico, a former PepsiCo CEO, gave me invaluable advice at the beginning of my career, saying “leadership is having a point of view.” He rejected making small changes to small things. He encouraged me to be big, bold, brave – “Make big changes to big things,” he would say.

Aaron has built a major advertising agency, one of the leading Ad agencies led by an African American and LGBTQ person. He lives by Bayard Rustin’s mantra of being “angelic troublemakers,” that disrupt the system and think outside of the box. He has helped clients such as Lexus and McDonald’s reach diverse audiences with its campaigns including the award-winning film Black Panther where Lexus was pivotally paced in the film. Walton began his career as a marketing executive with PepsiCo in Purchase, New York, where he was quickly promoted to brand management for the Pepsi and Mountain Dew brands. Walton’s resounding knowledge of the entertainment industry and pop culture proved invaluable to a company making huge competitive gains through its identification with popular music. He soon became Entertainment Marketing Manager for PepsiCo and developed the entertainment marketing strategy for the entire company. After his stint at PepsiCo, Walton started his own company, Aaron Walton Entertainment (AWE), which he sold in 2001 to Omnicom’s DAS division. At that time, Walton took on additional responsibilities as President of the Radiate Entertainment Group, a network of 40 experiential marketing agencies housed in Omnicom’s Diversified Agency Services division. Walton left Radiate in 2005. Walton has received other advertising and creative awards, including the advertising and marketing industry’s prestigious ADCOLOR® Advocate Award (2011). Walton was also selected by Out Magazine as one of the “100 Most Compelling People of 2010” as well as the publication’s 2014 \”Innovator Of the Year.”He was recently presented with the Icon Award for the 25th Anniversary of Jeffrey Sanker’s White Party in Palm Springs. Walton serves as the Executive Producer for the agency produced TV series “Verses & Flow.” The series, which airs on TV One, was nominated for an NAACP Image Award for Best Variety Show. He also serves as the Executive Producer for The 365 Black Awards, which was created for McDonald’s and airs on The Black Entertainment Network (BET).