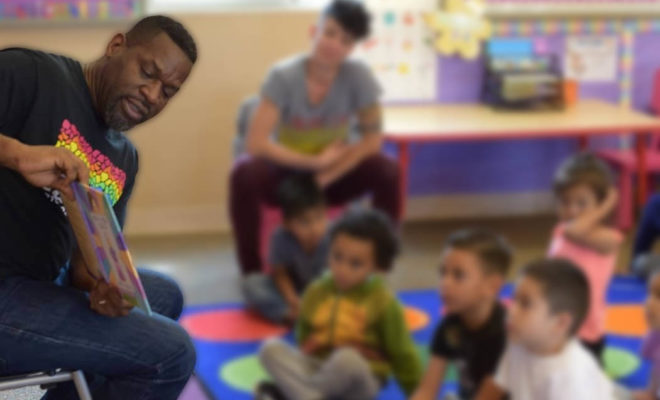 Nobody can be you but you. Always stay true to the vision you have for yourself and believe in yourself.

(Editor’s Note: The following narrative is in Joe’s own words.)

I first gained national prominence as one of the first out black gay men to ever appear on national television, as a guest on the iconic Oprah Winfrey Show during the early ’90s, defending my right to parent my son as an out gay man. That was not the last, or the first, time I advocated on behalf of marginalized communities.

Among my accomplishments, I am a co-founder and former co-chair of Oakland Pride and was voted Grand Marshall of both the San Francisco and Oakland Pride Parades. I worked as a founding program member and CEO of OpNet Community Ventures, one of America’s first high-tech training programs for low-income youth and youth of color in San Francisco and was Regional Director for Innovative Housing, a shared housing non-profit for low-income families and individuals in Marin County.

In 2017, I co-founded and am the CEO of the Oakland LGBTQ Community Center, Oakland’s first all-inclusive, intergenerational LGBTQ service center and a new model for service provision in Oakland. A military veteran, my service to the community has been recognized with numerous awards, including proclamations from five mayors of three cities and three different governors of California. My work with youth technology training programs was recognized by the White House and featured on Good Morning America and in numerous publications including USA Today and the Wall Street Journal.

In 2014, the City of Oakland presented me with the Mayor’s Proclamation, naming a day in my honor and in 2017, the Northern California chapter of the ACLU honored me with the Grover Dye award, their highest award for community activism. In 2018, my vision for LGBTQ wellness programming resulted in the LGBTQ center receiving the American Psychological Association’s Presidential Citation Award. I love living in Oakland and the Bay Area and in my free time enjoy camping on the beach, touring California and spending time with my grandchildren.