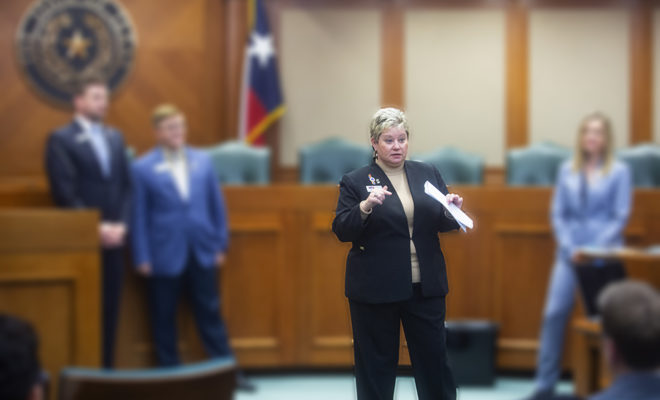 “Everything happens for a reason and you will understand why at some point in your life.” I received this advice when I was facing a huge challenge and that experience ended up shaping my life trajectory and put me on the path to be my authentic self as an LGBTQ person.

(Editor’s Note: The following narrative is in Tammi’s own words.)

I grew up in Mississippi and I struggled because I knew at a young age that I was different. As a teenager, I was very entrenched in a fundamentalist religion that reminded me constantly that “homosexuals were going to hell.” Speaking of hell…I struggled with my sexual orientation, I never felt like I fit in and the guilt I felt because of my religious teachings was crushing to a young girl trying to figure things out.

At the age of 17, I moved to Houston by myself and while challenging, it was a decision that would change my life trajectory on many levels. I found the courage to come out when I was 25 years old. It was an agonizing decision for me as I had no support structure in Houston because all of my family lived in Mississippi. When I came out in the workplace, I recall a coworker telling me that I would be “one of those people in that parade marching in the streets.” My response to her…absolutely not! Ten years later, I was running a voter identification project focused on marriage equality to identify pro-equality voters and help elect pro-equality candidates. Another five or so year later, I was honored by the Houston LGBTQ community as the 2011 PRIDE Female Grand Marshal. For years, I volunteered for the Victory Fund because of my passion to elect LGBTQ candidates at all levels of government.

In 2016, I co-founded the Greater Houston LGBT Chamber because the LGBTQ business community in Houston lacked a voice and platform to support our businesses. And there has been more work in between on behalf of the LGBTQ community in Houston. I’ve gone from “marching in the streets” to becoming a fierce advocate for our community. I am passionate about making sure our community has a voice and a seat at the table. Our LGBTQ business community now has a voice, visibility and connection that did not exist five years ago, and we are just getting started in terms of bringing economic empowerment to our members and community.

What drives me is the lack of equality for the LGBTQ community and how we continue to be treated as second-class in so many facets of our lives. Helping to elect LGBTQ and pro-equality candidates, being a leading advocate for the LGBTQ business community, providing education and understanding of the LGBTQ community and creating connections and opportunities for our community fuels me each day. Whether working behind the scenes or in the front, I hope my work helps to pave the way for those who identify as LGBTQ who come behind me to have an easier path to be their full and authentic selves, to see their unique value, to not experience the struggles that our community faces today…to just be themselves without discrimination and without fear.