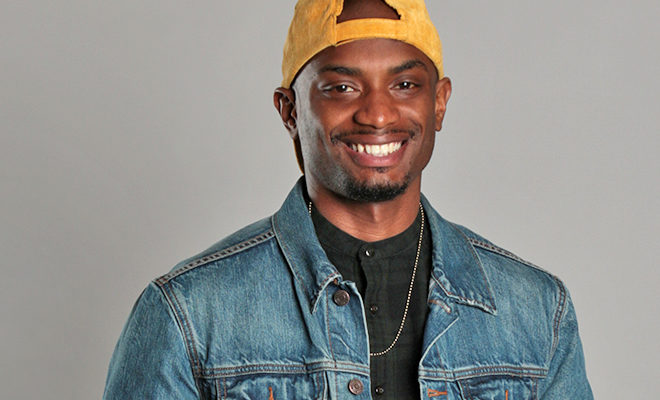 The term “third world” generally refers to countries with a lower economic standard of living than we experience in the Western world - lower gross domestic product (GDP), less educated populace, high unemployment, deteriorating infrastructure, limited access to healthcare, etc. With that in mind, last year as I began reading my journals from prison for the first time since writing them, prison seemed to naturally compare to what we think of as the third world.

Generally, in a world where we produce more food than can be consumed and cars can drive themselves, we believe people shouldn’t live in third-world conditions. That’s why (well, at least partially) our government spends close to $50 billion in foreign aid annually. It’s why people donate millions to help alleviate poverty abroad. Yet we ignore what’s happening right here at home.

As a society with a burgeoning prison industrial complex and a political call for prison reform, we have lost touch with the basic needs and the value of a human life, even while incarcerated. And, if we expect that the vast majority of prisoners are released, the conditions in which we keep them must be addressed for our own good. That’s why I’m using the metaphor of the third world in my work to raise awareness. Beyond the superficial similarities, I use the metaphor to evoke the sentiment of empathy that we feel for non-prisoners who live under similar conditions.

I was a college student at the time of my incarceration and had never been in any real trouble before. I never thought I’d be in prison. In fact, I was a mentor for kids to make sure they would avoid places like prison. Prior to being incarcerated, I did not have any personal experience with prisoners or prison culture and I was truly naive about what to expect from my new peers.

Once there, I began to meet and get to know people. I found myself surprised that I would come to like, and even respect – for lack of a better word – the people that I met. There were people who were convicted of armed robbery, fraud, kidnapping and even murder, but prison is the great equalizer. No matter who you were before arriving—a college student with a promising future or a drug addict risking it all for your next fix—in prison you’re simply an inmate. Sharing the conditions and experiences of my fellow inmates opened the door for me to relate and get to know people. This allowed me to see myself in folks I had previously thought vastly different from me. Which brings me back to empathy.

To be clear, I believe that there should be consequences for breaking the law, and prison shouldn’t be a pleasant experience; however, our society seems to view the incarcerated with a different level of empathy than we do for the rest of us undergoing the human experience.

Empathy isn’t about agreeing with someone’s choices. We can have a healthy empathy for our incarcerated brothers and sisters and not condone criminal behavior. At the heart of empathy is simply being able to see ourselves in another; to see that we are all driven by the same motivations and are merely a single decision, good or bad, from a totally different life. In my podcast, Letters From America’s Third World, I share perspectives from the incarcerated and formerly incarcerated, their families and friends, those working in the criminal justice system and those looking to transform it. When we share our stories, it allows us to see one another and be seen — to empathize.

My hope is that Letters From America’s Third World will drive us to want to do more than reform the system, but to transform it and all of us affected by it – incarcerated and returning citizens, their loved ones, those working in the system and even those who want to tap into the reservoir of talent and creativity lost to a third world.
Prison taught me to relate to others and be resourceful in a way that no other experience has, which has served me well professionally in working with major brands, Fortune-ranked companies, entrepreneurs and the small business community. It has also helped me thrive as a new entrepreneur.

My new business, Ship and Anchor, came from an understanding that entrepreneurship is not about some personality traits you are born with, but rather about taking the little that you have and flipping it into something more valuable. It’s what I and all returning citizens are challenged to do regularly. So, while Ship and Anchor develops messaging campaigns and helps other small businesses grow, I and my business partner, who was once my cellmate, are now working to employ returning citizens with our trucking company and training programs.

Prison wasn’t the end of my story because I had support and resources that many of our incarcerated but soon to be returning citizens don’t. Think of the possible economic impact if just half of our incarcerated citizens were inspired and motivated to actualize their resourcefulness with ease while working through some of the traumas and life circumstances that landed them in prison in the first place.

I hope that my work and my story help usher in a shift in public perspective and evoke more nuanced conversations because, while prison is in many ways America’s visible third world, prisons are in fact filled with those from America’s invisible first world…but that conversation is for a little deeper down the rabbit hole.

Devin D. Smith, founder and CEO of Ship and Anchor LLC, is a business consultant and strategist passionate about inclusion, bringing innovative ideas to life and working with other entrepreneurs and leaders. Prior to founding Ship and Anchor, Devin worked as a consultant with the NGLCC where he helped establish its Stakeholder Engagement Center, a dedicated department to connect certified businesses to opportunities with government and Fortune-ranked corporations. Most recently he is the host and creator of Letters from America’s Third World, a multimedia series inspired by his time in prison. The project highlights perspectives of the formerly incarcerated and their families, members of the criminal justice system, those working to transform it and other insightful voices.

← Previous Story Women’s History Month: A Legacy of Innovation
Next Story → “Somewhere over the rainbow”