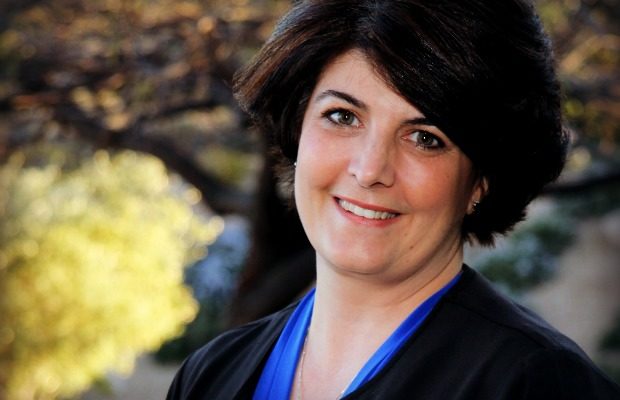 Her work is diverse—nurse, author, speaker and business owner. Her social engagement runs deep as she advocates for the LGBTQ community in various roles including President of GLCCNV. Yet running through all of Dina Proto ’s endeavors is her conviction that communication leads to change.

“I hope to be a resource for people, and I hope to start a dialogue which will effect change,” Proto said. 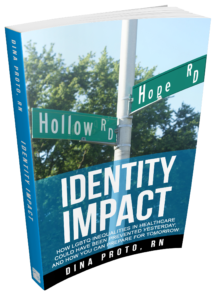 As a nurse Proto takes educating others about health very seriously. Her medical background combined with her experience in the LGBTQ community drove her to research the health factors impacting those in the community. What began as a pamphlet rapidly turned into a book as Proto gathered more and more data.

“I discovered along the way several different points of impact in society where we are really missing the boat,” Proto said. “When we look at the stereotypes society often places on the LGBTQ community —promiscuity, addiction to drugs and alcohol, lack of financial stability—those are stereotypes that are portrayed in multiple aspects but that is not an accurate portrayal.”

“Those are not stereotypes,” Proto said. “They are signs and symptoms of a greater issue at play.”

Proto believes that identity formation lies at the root of many issues members of the LGBT community struggle with. In her upcoming book, she uses the life cycle of a tree to explain identity formation and how we can support each other during the process. As people learn about the early stages of identity formation, growth and development, the book cultivates a conversation about “do you want a tree filled with hope or a tree which is hollow?”

“I basically use the life cycle of a tree to talk about our roots and identity,” Proto said. “How the trunk becomes the person and the branches become all the aspects in our life where we touch other people, the leaves are the people and the lives that we touch. The sun provides the climate for the culture in which we are growing in.”

The working title of Proto’s book is “Identity Impact” and fittingly is scheduled to come out on National Coming Out Day — Oct. 11.

Who doesn’t love to receive a greeting card? Opening the mailbox to find something other than a bill or junk mail makes everyone feel special. Yet, finding greeting cards designed with the LGBTQ community in mind is rather difficult. Proto decided this was a challenge she could remedy.

Proto and her wife launched Teazled in 2011. The greeting card company, which is now completely online at Teazled.com, offers a wide assortment of cards designed to celebrate love in all its many forms. The cards also encourage conversation.

“When you see people open a card and they have a tear streaming down their face as they found the right card for their family member, that makes it all worth it,” Proto said.

Teazled products can be purchased online.

Starting Teazled not only helped improve connections for the individuals gifting Teazled products but helped Proto develop important connections herself. Many of the connections she established through her business have helped her find success in other areas.

Prior to becoming certified as a LGBT business in Nevada, LGBTBE certification wasn’t well known among other Nevadans. To better inform others of the benefits of certification, Proto founded the Gay and Lesbian Chamber of Commerce Nevada in 2014.

“I founded the Gay and Lesbian Chamber of Commerce Nevada, headquartered in Las Vegas, because I know first hand what the benefits of certification are,” Proto said.

She believes strongly in the benefits of certification and attributes much of her growth over the last several years to her relationship with the National Gay & Lesbian Chamber of Commerce. The relationships she has created there are relationships she says will be with her throughout her life. She had no idea when she became certified how impactful it would be.

The NGLCC has committed to hosting the conference in Las Vegas every three years, including 2017. Proto says the conference once again cultivates conversations not just among members but throughout the city as a whole.

Through books, greeting cards, business outreach and health education, Dina Proto is committed to cultivating change through communication. To engage with her and open up further conversations, visit her website at www.dinaproto.com.