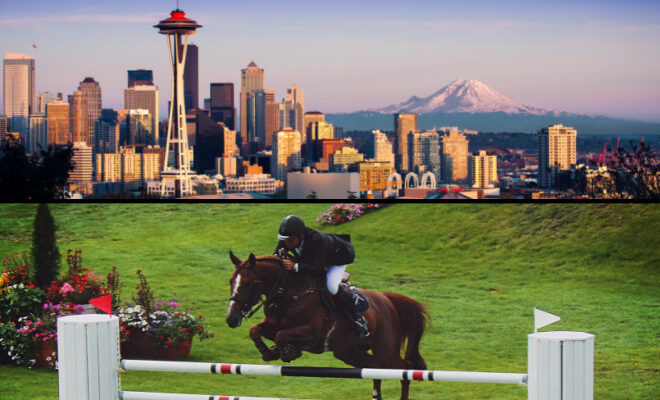 Economic Inclusion in the 21st Century: Tale of Two Chambers

That statement by Kevin Sheilley, president and CEO of the Ocala Metro Chamber & Economic Partnership in Florida, sums up why the organization was named the 2020 National Chamber of the Year by the Association of Chamber of Commerce Executives. And more importantly, why more than 1400 businesses are invested in the Ocala Metro CEP.

When the housing bubble burst in 2008, Ocala was hit hard. The economic hub of Marion County, this small city in central Florida saw economic progress slow to a standstill. Previously enjoying robust growth, building and development stopped and commerce slowed. By 2012, with economic recovery still sluggish, local business leaders set out to find a solution.

“The Ocala area was especially hard hit during the Great Recession and struggled to come out of it,” Sheilley said. “A group of business leaders, of their own volition, decided the community could not continue to do what it had been doing and visited approximately a dozen communities they viewed as successful. One of the common attributes from each of these cities was a singular ‘voice of the business community’.”

Determined to provide a path out of the Great Recession and recognizing the need for a new type of business organization, leaders merged the five-star Ocala/Marion County Chamber of Commerce with the Economic Development Corporation. They hired Sheilley — a veteran of a similar, successful merger in Kentucky — to guide the new enterprise.

Within a year, the Ocala Metro CEP emerged with a focus on development and implemented a new structure whereby members are considered partners, a move that increased participation and investment from local businesses. Creating a sense of belonging among area business owners immediately revitalized the organization’s purpose and effectiveness.

Meanwhile, 3,000 miles away in Seattle, Washington, GSBA, the largest LGBT business organization in North America and a founding member of the National LGBT Chamber of Commerce (NGLCC), was celebrating new accomplishments of their own.

Established in 1981, GSBA evolved from a networking group to a chamber of business owners using their economic power to address widespread discrimination against the LGBTQ community in Seattle. Historically, public agencies such as the police and fire departments were antagonistic toward the community. The GSBA’s values of equality and diversity in business and in the community are shared by its 1,300 small business, corporate and nonprofit members, creating a sense of belonging for the LGBTQ community. But GSBA is about more than feel-good outreach; its innovative programs provide a pathway to economic equality and success for LGBTQ folks at all stages of their careers.

“We have a legacy of working in the community as the convenor and connector,” said Mark Rosén, GSBA acting president and CEO. “Our members agree to our Code of Ethics and our Corporate sponsors are uniquely engaged with the work of GSBA. We are not interested in companies who just want to sign a rainbow check and think that they have done the work. We offer training and a chance to volunteer and be a part of the difference. Members recognize that we are more than a chamber, we are a voice for change and we amplify the voice of the individual as a collective community.”

Beyond networking and mixers

During the second half of the 20th century, chambers of commerce primarily served as networking and social organizations for business owners and professionals. Mixers and galas, dinners and awards ceremonies dominated the calendar. These types of events do serve a purpose, but the economic landscape has changed fundamentally in the past 50 years. 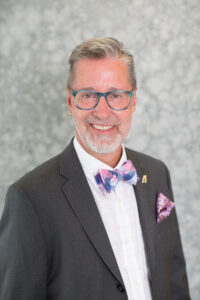 Supplier diversity programs and affinity chambers brought conversations about business equality and equity to the foreground. The Great Recession highlighted the importance of small and medium businesses to our economy. Then came 2020. The COVID-19 pandemic created an economic catastrophe for our nation even as we grappled with racial injustice and the widening wealth gap was thrown into stark relief.

The urgent needs of small and medium-sized businesses during the past 18 months was an opportunity for chambers to both advocate for and assist their members. Within 48 hours of the Paycheck Protection Program (PPP) details being finalized, the Ocala Metro CEP team rolled out “Get. Gather. Go.”, a marketing campaign to encourage local businesses to get informed, gather information and go apply. The effort included coordination with lenders and multiple training seminars. Through the first round of PPP, CEP partner businesses were 300% more likely than other Florida businesses to receive a PPP loan and 250% more likely than the rest of the nation to be approved.

“The focus with all of our initiatives has been not only to create more jobs but jobs with higher wages and in industries which would be anti-cyclical or recession resilient,” Sheilley said. “The response of the local economy through the pandemic suggests that these efforts have been largely successful.”

Likewise, GSBA implemented Rapid Response, a series of informational sessions about the PPP, how to apply, how to qualify for loan forgiveness and more. The organization’s website has an exhaustive COVID-19 Resources hub with information relevant to its members and GSBA recently launched the Ready for Business initiative to address the needs of the community reeling from the economic impact of the past year.

The RFB initiative, sponsored by Comcast NBCUniversal, is focused on helping small businesses survive with small cash grants and wraparound services. In their first round, they awarded 65 grants to business owners from marginalized communities in and around the Capitol Hill area — a part of Seattle doubly impacted by pandemic lockdowns and the ongoing protests in response to George Floyd’s murder. 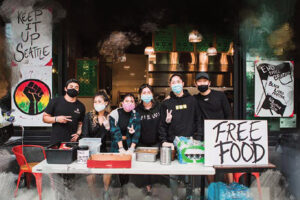 “We received over 400 requests for support for the first round of RFB,” said Rosén. “We are now in our second round and have opened up statewide with a continuing focus on BIPOC, woman and LGBTQ-owned small businesses.”

Applicants for round two are approaching 2,400 and in response to that immense need, GSBA increased its fundraising goals to $200,000, including an additional $50,000 donation from Comcast.

“It’s still a drop in the bucket, but it is a start,” Rosén said. “We know every business we help also uplifts a family and a community.”
These programs, implemented quickly but designed with a deep understanding of what their constituents need, are a testament to how well the Ocala CEP and GSBA know their respective members. And how prepared each team is to meet those needs.

Building a strong, inclusive business organization that serves members and partners effectively in times of crisis as well as in times of prosperity requires a shift in mindset from the networking and social affairs of the last century. To achieve this, the Ocala CEP and GSBA put the focus on what the business community they serve needs to succeed. [see below]

Early in its history, GSBA leaders identified a lack of financial and educational support as a serious obstacle to success for the LGBTQ community in Seattle. The organization set about building those supports through scholarships and leadership training.

“The Scholarship Fund was created by two educators who saw the need to support LGBTQ students who had very little familial support at a time when no other such scholarship program existed in the country,” said Rosén.

The scholarship is renewable for up to four years to LGBTQ and allied students who exhibit leadership potential, demonstrate strong academic abilities, and are actively involved in their schools and community.

To date, the GSBA Scholarship Fund has invested $4.6 million in future leaders and has a 91% graduation rate. In addition to financial support, GSBA offers a Leadership Academy to GSBA scholars.

“The Leadership Academy focuses on ongoing leadership training for our current and recent scholar cohort by connecting them to their personal leadership style and through lectures, training and engaging with recognized leaders who they can identify with,” Rosén said. 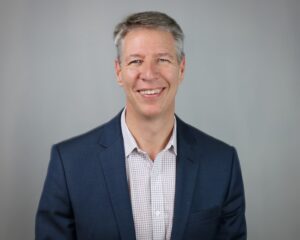 In Ocala, the Metro CEP created the Power Plant Business Incubator Program, repurposing the city’s first electric plant into a hub of entrepreneurship programs and initiatives. So far the program has assisted nearly 900 startups and successfully graduated about 30 businesses from the incubator with 27 still in business in the Ocala metro area.

NEXTWorks, a talent development initiative underwritten by a local corporate partner, built a seamless talent pipeline from middle school through the post-secondary level by connecting the Ocala business community with education providers.

“We lead the efforts to aggressively recruit new employers, to foster and encourage entrepreneurship and to assist existing businesses by asking, ‘What is a barrier to your growth? What can we do to remove it?’,” Sheilley said.

Over the past seven years, the Ocala Metro CEP announced the creation of more than 8,000 jobs and a billion dollars in capital investment.

Both the Ocala Metro CEP and GSBA have found tremendous success through collaboration with local, state and national entities.

Washington has no state tourism board which presented an opportunity for GSBA to work together with local partners to benefit the LGBTQ business community as well as the Seattle economy as a whole through Travel Out Seattle.

“With no state tourism board, we saw the need to support our tourism and hospitality members,” Rosén said. “Working with them we have brought a focus to the region and its many attractions.”

GSBA partners with Visit Seattle, Alaska Airlines, Holland America Lines and Marriott Hotels as well as numerous smaller hospitality companies to promote travel within and to the state.

Serving as a connector across the state of Washington, GSBA engages with a variety of other parties to further its mission to advocate for civil rights and small businesses. A prime example is the organization’s work authoring and promoting legislation that led to the creation of the Washington State LGBTQ Commission. The Commission works to improve the state’s interface with the lesbian, gay, bisexual, transgender, queer, two-spirit and intersex community, identify the needs of its members, and ensure that there is an effective means of advocating for LGBTQ equity in all aspects of state government. This level of engagement is the result of cultivating relationships with local and state entities over the years.

“We have an excellent and ongoing relationship with the Metropolitan Chamber and the Downtown Seattle Association as well as with other chambers, the SBA, Port of Seattle, the Office of Economic Development,” said Rosén. “We have had a reciprocal relationship and have had a seat on the Metro Chamber’s Board. Currently, we are one of the organizations that is part of the Mayor’s Downtown Revitalization Project along with the Metro Chamber and the DSA.” 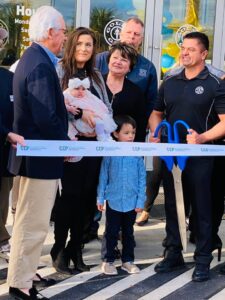 In Ocala, the Metro CEP counts its 1,400 constituents as partners, recognizing each relationship as a partnership.

In addition to its internal partnerships, the Ocala Metro CEP works closely with other civic, private and business entities to achieve local business goals. The organization’s IMPACT initiative, run by director Cherrietta Prince, rolled out in March 2020 with a goal to improve diversity and inclusion within the business community.

“The CEP spent three years researching how best to address this inequality of opportunity and we strongly believe the answer is entrepreneurship,” Sheilley said. “Entrepreneurship is a skill and when people have the opportunity to enhance this skill, they create wealth for themselves, their families and their neighbors.”

IMPACT collaborates with the city and county to expand public sector involvement and several key organizations are promoting the initiative by underwriting support across the spectrum.

“Several banks are helping us to identify cash flow issues, offer financial literacy training and engage in conversations to propose economic relief opportunities. We’ve also connected with major corporations to study national approaches to diversity and inclusion,” Prince said. “Our goal is to be a catalyst for change in the entrepreneurial community.”