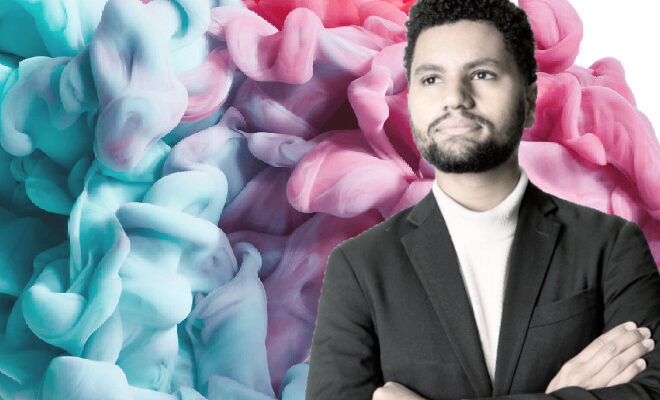 First of a Generation

First of a Generation: Maxwell Alejandro Frost
Is More than an Ally

“I’m Maxwell Alejandro Frost, and I am going to be the first Generation Z member of the United States Congress.” On Nov. 8, 2022, Maxwell Frost won his race in Florida’s 10th Congressional district, beating Republican challenger Calvin Wimbish and becoming the first member of Gen Z elected to Congress. Frost will assume office on January 3, 2023, in the U.S. House of Representatives. 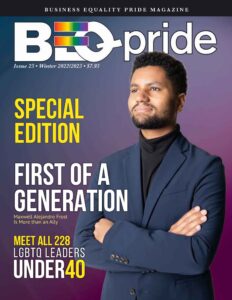 In 2012, at age 15, he attended a Washington, D.C. vigil for the 26 people, mostly children, killed in the shooting at Sandy Hook Elementary School. “People came from around the world to that vigil,” he says. There, Frost spoke with the 16-year-old brother of one of the victims. “Seeing a 16-year-old with the demeanor of a 60-year-old crying over his sister had a profound impact on me,” Frost says. “I made a commitment that I wanted to fight for a world where no one has to feel that way.”

Adopted at birth, Frost decided to run for office after speaking with his biological mother on the phone for the first time. During the call, he learned about her difficult life as a woman of color, her drug addiction during pregnancy and her decision to place him for adoption because she could not take care of him. The call was emotional, leaving him sad but resolute about making a difference.

Frost believes our representatives need to reflect the diversity of the population—young, old, Black, brown, gay and straight— not all cut from the same cloth. Frost is of Puerto Rican, Lebanese and Haitian heritage and speaks English and Spanish at home with his Cuban mother and white father.

Besides being a former Uber driver to make ends meet, Frost left college for a job at the American Civil Liberties Union. Later he became a national organizer for March for Our Lives, which focuses on enacting stricter gun control measures. He had a close call with gun violence in 2016 at an Orlando Halloween event. These experiences have shaped his views. His platform is progressive— end gun violence, abortion rights, Medicare for all, environmental justice, affordable housing, and more.

Although Frost is not gay, he is more than an Ally. Frost supports the Equality Act, marriage equality, and trans rights. He is against the over 300 horrendous anti-LGBTQ+ bills introduced in state legislatures across the country, threatening all Americans. The 10th Congressional District’s LGBTQ+ community includes the Pulse nightclub. Frost credits U.S. Rep. Mondaire Jones of New York, who was one of the first gay Black men elected to Congress, as his mentor. Congressional LGBTQ+ Equality Caucus leaders Reps. David Cicilline of Rhode Island and Mark Takano of California went to Florida to campaign for Frost. Frost and his LGBTQ adjacency prove Allyship is bi-directional.