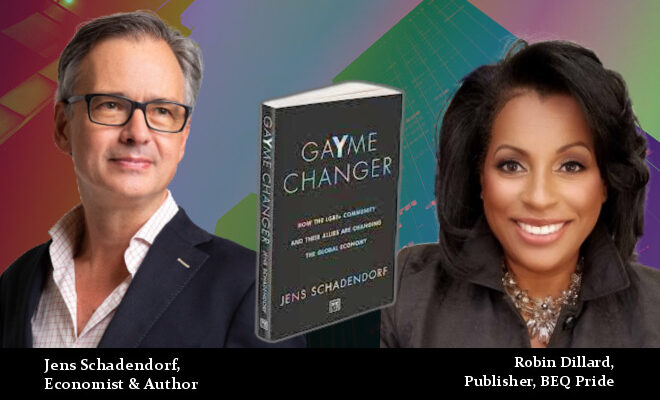 LGBTQ+ Inclusion and the Global Economy

Jens Schadendorf regularly lectures on the economic and ethical benefits of diversity, on corporate responsibility and LGBT+ inclusion, and on economic, cultural and social change.

In GaYme Changer: How the LGBT+ Community and their Allies are Changing the Global Economy (LID Publishing) he describes the emergence of a strong ecosystem accelerating the rise of global LGBT+ equality. Supported by up-to-date research, Schadendorf also shows how an investment in LGBT+ diversity and inclusion delivers a powerful return.

BEQ Pride publisher Robin Dillard had a chance to sit down with Jens Schadendorf and dive into some of the questions raised in his newest book.

Robin Dillard: I found GaYme Changer fascinating, and I want to ask you about some of what you lay out in the book. But, first, I’d like to know the story behind the book. Could you share a bit about the making of GaYme Changer?

Jens Schadendorf: Building on the first version and its focus on Germany, I wanted to write a book with a similar focus – the intersection of the LGBTQ+ equality movement and the business world – but through a global lens and expanded with new research findings and stories. I was completely rewriting the original as I was researching on several continents. I went to Johannesburg, Hong Kong, Rome, Paris, Moscow, and New York.

RD: The title of your book quite literally puts the “gay” in game changer. In researching the conversation and activity at the intersection of LGBTQ+ equality and the global economy, what exactly was that game-changing moment?

JS: So, if we look at the development of LGBTQ+ equality in the business world, you’ll see that the Obama administration, for many reasons, was a turning point, a game-changing moment in time. This is the time when the topic of LGBTQ+ equality became more visible in the world of business and economics. Hillary Clinton as Secretary of State was active in the Human Rights Council of the UN, and then there was the United Nations Free and Equal campaign. Until 2009, this was a “no-go” issue in front of the UN. So, now the foundation has been set for what ends up being a critical moment in 2015 when two American billionaires, Paul Singer and Daniel Loeb, decide to organize an off-site event at the World Economic Forum in Davos with a focus on LGBTQ+ equality. This appears to be the beginning of bringing LGBTQ+ inclusion in business front-and-center.

RD: If this meeting was the spark, what did it look like when these conversations began to ignite?

JS: Well, we start to see emergence of the “lists” that are increasingly commonplace today. These LGBTQ+ role models are announced by various companies, and these role model list start marketing themselves. Starting in 2013, for the first time, you saw so there was a British company, which was setting up role model lists. 15 years ago, or even 10 years ago, nobody was talking about role models from a LGBTQ+ leaders in business perspective. Today, they are everywhere – many businesses, many industries, and even social media, such as Facebook and LinkedIn, which is arguably the most important business community globally. With these lists you’re seeing a huge marketing push. Lists of Organizations out LGBTQ+ executive or out future leaders have emerged, and people are waiting for these lists. There is sort of a kind of competition now, and there is a lot of money behind these lists – both the company benchmarking lists related to LGBTQ+ inclusion and these individual role-model/leader lists.

RD: We’re at the beginning of LGBTQ Pride Month right now. Every year we see companies’ logos morph into all the colors of the rainbow, and every year we hear pushback from various parts of society. Many call this “rainbow washing” and describe it as a disingenuous ploy to gain customers without necessarily doing the real work of LGBTQ inclusion. What’s your take on this?

JS: I think it’s good that we are talking about rainbow washing, or “pink washing” as it’s called in Europe. I actually think it’s a good thing because if people or companies or organizations think that they have to pretend to be LGBT friendly, then I think we have done quite a lot. This hasn’t always been the case. If they feel the pressure to pretend, I think it’s indicative of the progress we’re making not just in society as a whole but in the business world as well. Of course, we want companies to do more than buy a spot in a Pride parade, but at the same time we shouldn’t discount the importance of some of the largest, most traditional corporations making public declarations of their support of the LGBTQ+ community – whether it comes across as genuine or not. <

For more on Jens Schadendorf’s assessment of not just the cost of LGBTQ+ discrimination in business but on the value-add of real inclusion – from commerce and tourism to productivity and innovation – visit https://www.gaymechanger.com/. 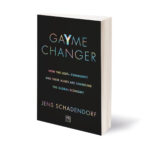 In January 2014, a historic breakfast took place at the annual meeting of the World Economic Forum (WEF) in Davos, Switzerland. Set up in partnership with the large US LGBT+ nonprofit Human Rights Campaign, it was initiated by two American billionaire investors, one of whom had a gay son. It was “only” a nonofficial, offsite event, but it was also a landmark occasion at which, for the first time, LGBT+ equality was discussed at the high mass of the global business elite, and it was the talk of the town at Davos that year.

From GaYme Changer: How the LGBT+ Community and their Allies are Changing the Global Economy, LID Publishing

For the full conversation with Jens Schadendorf and to know a little more about Karsten and Nelly visit youtu.be/xCp67DHb97E 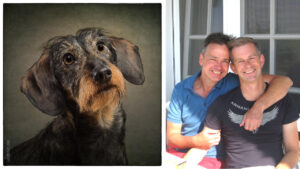 For more information on other BEQ Pride Contributor’s insights on the Global Economy and Inclusion see: A New Era and A New Ecosystem: Leveling Up to the New Now