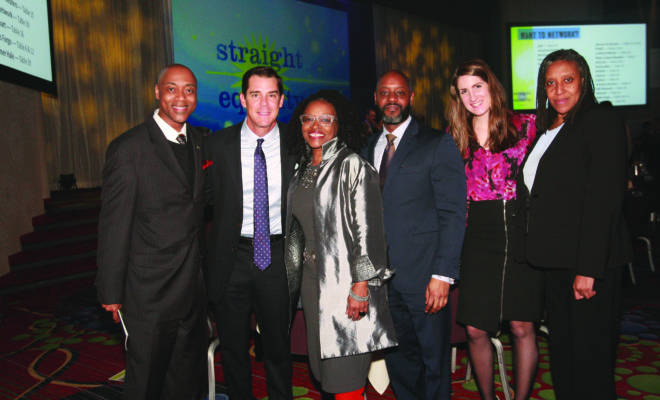 Major League Baseball joined the National Gay & Lesbian Chamber of Commerce as a corporate sponsor this year, officially expanding their supplier diversity initiatives to include the LGBTBE community. We asked Corey Smith, Senior Director, Supplier Diversity, to share his thoughts on this new partnership.

BEQ: What compelled you to join the NGLCC as a corporate partner?

Corey Smith: MLB has tracked our spend with LGBT suppliers for several years now even though we have not publicly reported it. That segment of our supply chain has been a factor in our growing Supplier Diversity efforts. As other areas of our business focused on issues important to the LGBT community, especially with the hiring of Billy Bean as our Ambassador of Inclusion, LGBT initiatives have been and will continue to be an important component to the growth of the business. With all these factors happening in the past three years, MLB felt now would be a good time to join NGLCC.

BEQ: What have been the benefits of membership so far? What has the response been like internally and externally?

CS: So far the benefits have been great. NGLCC was instrumental in helping MLB market and promote this year’s Diversity Business Summit in Phoenix. MLB will participate in the NGLCC Conference for the first time this year. Both internally and externally the feedback has been positive. As more MLB Clubs celebrate Pride Night throughout the season, we believe there will be more collaborative efforts moving forward.

BEQ: Do you have any comments or advice for small businesses like Loud-Hailer who were actually inspired to join their local NGLCC affiliate because of your announcement to join NGLCC?

CS: All corporate members of organizations like NGLCC have a responsibility to support small businesses where it makes sense. At the end of the day organizations like NGLCC bring together businesses, small and large, to find opportunities to create a win-win relationship in which each is bringing value and enhancing the profitability of the other. This is not necessarily about it being the right thing to do, but rather it is about good, smart business. Small businesses need to understand that concept and make sure that in every encounter provided by NGLCC, they are bringing value or the ability to enhance profitability to the table.