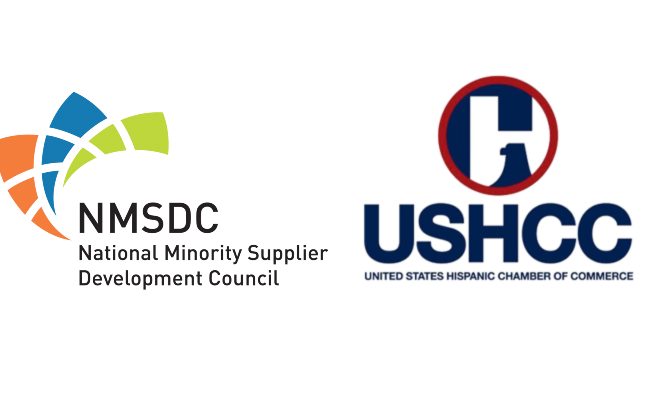 Cavazos and Trimble took different routes to their current roles but share a mission to strengthen their organizations’ efforts to advocate for greater diversity throughout the U.S. economy. And they say a cornerstone of those efforts is supporting the LGBTQ business community — not only through their own initiatives but via intersectional work with other organizations, too. 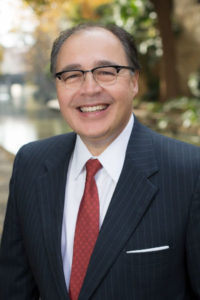 Ramiro Cavazos became president and chief executive officer of the Washington, D.C.-based USHCC on Oct. 1. The group promotes the economic growth, development and interests of more than 4.37 million Hispanic-owned businesses and is an umbrella for more than 200 local chambers and business associations nationwide.

Cavazos worked in corporate global public affairs and economic development before becoming president and CEO of the San Antonio Hispanic Chamber of Commerce, a post he held for a decade. He brings the coalition-building skills he honed in San Antonio to his new national role.

“We were a robust organization representing 1,300 small businesses and active in advocacy issues,” he says of his time in San Antonio. Those issues, Cavazos adds, ranged from promoting “diversity in procurement and economic opportunities” to “treating people with respect and fairness,” such as when the SAHCC joined forces with LGBTQ and pro-business groups in 2017 to successfully defeat Texas Senate Bill 6, a so-called “bathroom bill” that would have required transgender people to use the public bathroom matching the gender designation on their birth certificates.

“We were assertive on issues that mattered to us and, as an organization, worked with affinity groups to fight for opportunities but also block and tackle measures that would discriminate against people and hurt the business community,” Cavazos says. It’s not surprising that as head of the USHCC, Cavazos wants to “build a network that we can deploy on a given issue.”

“My success in my career has been working with teams of people that unify and move forward in a concerted effort — not by strength of personality but because of the power of an issue and the level of support within a diverse constituency behind it,” he says. His initial goals at the USHCC include championing more diversity in corporate and government procurement, and building representation on corporate boards. And, in all its initiatives, the USHCC will advocate for diversity “not on the backs of others” but for all under-represented groups, Cavazos says.

Adrienne Trimble took on her role as president and CEO of the NMSDC, which has headquarters in New York, on Aug. 1. She previously was general manager of diversity and inclusion for Toyota Motor North America, and from 2005 to 2012 led the company’s Supplier Diversity initiative. NMSDC and Toyota have a long-term relationship, and the automotive company earned a number of accolades under Trimble’s direction, including NMSDC’s Corporation of the Year. Before joining Toyota in 2000, Trimble held human resource leadership roles in the financial services, media and health care sectors. 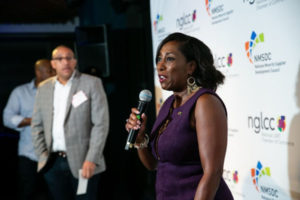 NMSDC has a history of collaboration with affinity groups to further its goal of matching more than 12,000 certified minority-owned businesses with its vast network of corporate members that need their products, services and solutions. That track record, along with other factors, positions NMSDC to advocate for LGBTQ businesses in its work, Trimble says.

“The National Minority Supplier Development Council shares with organizations such as the National LGBT Chamber of Commerce (NGLCC) and Women’s Business Enterprise National Council (WBENC) a mission to advocate for greater diversity in the American economy,” she says. “It is important to recognize that NMSDC, with nearly 50 years of success in minority supplier development, is in a unique position regarding intersectionality. We have a responsibility to support minority businesses that are owned by members of the LGBTQ community.”

Just months into her new job, Trimble already is building on NMSDC’s relationship with the NGLCC. This includes co-hosting the first-ever LGBT reception at the 2018 NMSDC Conference to “explore and enhance connections between stakeholder groups”. The event facilitated networking and discussion between LGBT-owned businesses, suppliers interested in learning more about dual certification and allied corporate partners.

“We believe strongly in the power of our collaborative efforts to boost supplier diversity and look forward to creating joint programs that benefit both our organizations and their members,” she says. “The collaboration that I began with partners such as NGLCC and WBENC [while at Toyota] will definitely continue to grow and strengthen in my new leadership role.”