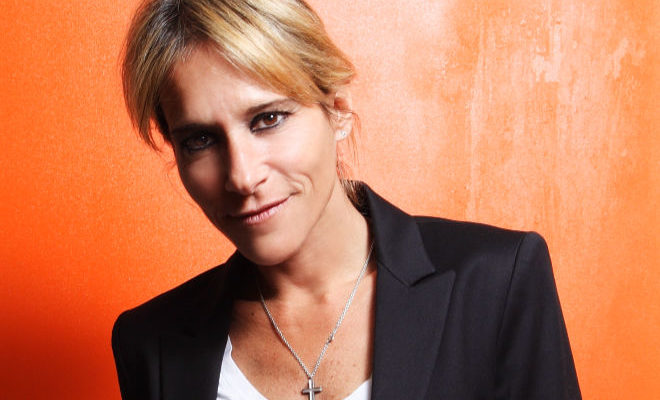 ILDK Media is a boutique PR company based in Los Angeles that creates and implements PR campaigns for those in the LGBTQ community. The company was founded by Mona Elyafi, a proud member of the LGBTQ community who has continuously been committed (under the ILDK marquee) to amplifying women’s voices through pitches and stories.

After years of working for some of the top entertainment PR agencies in Los Angeles (including The Lee Solters Company), Elyafi took a leap of faith and launched ILDK Media in 2004. She credits an incident involving a Lisa Rinna press kit as her impetus to start her own company. But the primary objective for going on her own, she said, was to use her influence as a publicist “to not only empower women but also artists exuding a genuine passion for their artistic craft and professional vocation.”

Elyafi’s passion for the community is illustrated by championing campaigns focused on social and political causes directly affecting the community. “The work I do via ILDK Media always aims at celebrating the illustrious individuals who make our brilliant, avant-garde and prolific LGBTQ+ community so strong and vibrant. The clients I have and am fortunate to collaborate with all strive to make a difference and to push the envelope forward for LGBTQ+ perceptibility. My job is basically to give them the mic and make sure people are listening and paying attention,” she said.

With her years of experience as a professional storyteller, Elyafi’s goal is to be an inspirational trailblazing voice in her community by telling stories that act as a catalyst for change and move both the media and the public towards a more inclusive mentality.

Elyafi’s influence and skill put her clients front and center in outlets like Forbes, LA Times, NBC.com, NY Times and CNN. By putting a human face on sexual orientation and gender identity, her LGBTQ clients gain a mainstream platform to tell their stories to the world and help pave the way toward acceptance.

“Staying at the forefront of change, ILDK has been instrumental in making LGBTQ agendas move into mainstream culture,” she said. “Every LGBTQ PR campaign has, in its own way, aided in the empowerment of our community and contributed to changing the conversation about gays, lesbians, and/or transgender today.”

To further her cause, Elyafi has cultivated long-term partnerships with a variety of associations including GLAAD, HRC, Equality California, The Trevor Project and the LA Gay & Lesbian Center.

For the Los Feliz-based entrepreneur, making a difference is something she doesn’t need everyone to take notice of, as long as her clients are aware of her dedication and what the company is capable of. Above all, Elyafi is proud of the fact that ILDK Media is an homage to her grandmother – the agency’s name is Elyafi’s grandmother’s initials. She passed away in 2003, a year before Elyafi started the company. “I was telling her that I was going to start it, but she didn’t see it come to fruition. I know she watches over me, so I think she knows,” Elyafi said.

Elyafi has been married to her wife for four years, and they’ve been together for almost nine. As an out woman running her own company, she believes it’s critical, especially nowadays, to give women a voice.

“It’s important for us to have role models, to be inspired, and see that nothing is impossible and we’re all the same. I think we’re all equal,” she says. “As publicists and storytellers, it is crucial we get those stories out because it allows people to relate and connect with our community. Those stories show us that while we’re all different, we’re also all the same. I want to believe we’re opening the door for people to more open-minded and tolerant.”

← Previous Story The Nova Collective: Practicing What They Preach For Diversity, Equity and Inclusion
Next Story → Pink Banana Media connects with LGBTQ consumers