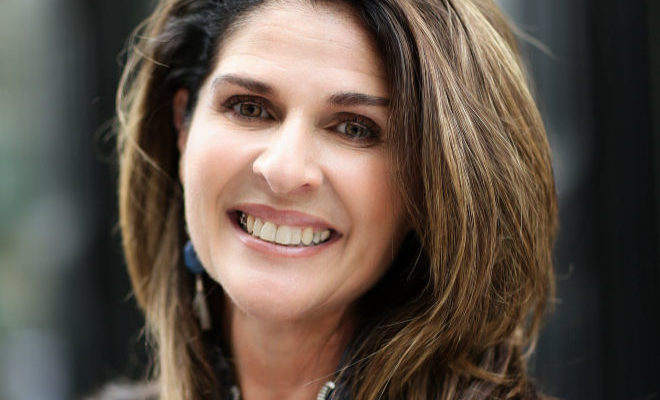 It’s a clever tagline that encapsulates Lawrence’s quick sense of humor and determination, which have helped her take on nearly insurmountable challenges to get the company where it is today. Delta Personnel, based in New Orleans, Louisiana, is a multi-million dollar enterprise with more than 900 employees. As the company celebrates its 50th anniversary this year, Lawrence has plans to expand nationwide and into new industries. And as a first-generation immigrant from Cuba and a staunch advocate for inclusion, Lawrence says partnering with more minority businesses and advocating for diversity and acceptance will continue to be a big part of the company’s future growth.

But getting here was not easy. Lawrence has had to reinvent herself and reinvigorate the company several times, starting with her family’s arrival in the United States. While her father stayed behind, Lawrence, her mother, grandmother and brother fled Cuba in 1973, taking the last Freedom Flight out of the country. They arrived in Miami and later settled in New Orleans.

Lawrence married her husband, David, in 1988 and the same year they took over Delta Personnel, a struggling staffing business started by David’s father, Victor Lawrence, who had been diagnosed with Parkinson’s.

Their accountant encouraged them to structure the business so Lawrence owned 51% and her husband 49% — a decision she thought little about at the time but that would be significant later. When it came to day-to-day operations, David Lawrence handled managerial and financial matters, and Teresa Lawrence drummed up business.

She cold-called her first customer, heading to an office of Schlumberger, an oilfield services giant, without an appointment or even a business card. “I pull into the parking lot and see a sign that says, ‘We only see vendors on Wednesday,’ and this was a Monday or Tuesday. I go to the door and a lady unlocks it and I introduce myself. Then I see a name on the window, so I ask if I can see the manager, Dave Richardson. He comes out and tells me, ‘I only see vendors on Wednesday. You need to make an appointment.’ So, I say, ‘I’m not your vendor yet.’” Won over, Richardson met with her that day and the company became a longtime client.

She was equally intrepid with other potential customers and it paid off. In 10 years, the company had contracts with major companies in oil, janitorial, hospitality and other sectors. “We had positioned the company to be at the center of everything in terms of staffing. I’d become a big, ginormous mogul,” Lawrence says with a laugh. And then, her father-in-law’s health worsened, and she stepped away from the company to care for him. Her own father, she explains, had been hung in Cuba in 1977 and that haunted her. “I couldn’t care for my own father,” she says. “So, I told David, ‘I want to be the one to do this, to take care of Pops.’” Victor Lawrence died in her arms on April 15, 2000.

When she returned to work, there was another shock: Her husband wanted to do something else professionally and was ready to sell the business. Though Lawrence held majority ownership, she’d deferred to her husband when it came to most business decisions, thinking of herself, she says, as “only a salesperson.” But when faced with the idea of selling the company, Lawrence decided to jump fully into her ownership role. In summer 2000, David Lawrence launched his new company, Delta Administrative Services, and Teresa Lawrence took 100% ownership of Delta Personnel Inc.

True to form, she dug into her new managerial role by driving one of the early-morning van routes that ferried workers to their job placements, asking people what they thought of their pay and working conditions. What she learned led her to fire several full-time internal staff, replacing many with women. Some of those would go onto become her core management team—and the people who would help her through the next big challenge.

In August 2005, Hurricane Katrina devastated the U.S. Gulf Coast. Lawrence was forced to flee her home in Metairie, hunkering down as the storm damaged the company’s four offices, destroyed its van fleet and scattered her staff across the region. Yet she moved forward, taking one rapid step after another to rebuild her business. She opened an office in Baton Rouge and got her insurance company to cut a check for new vans. Then a client called: A Hampton Inn in New Orleans that was housing FEMA workers needed a cleaning crew.

“We’d load up vans at 4:30 a.m. with people we didn’t even know before — but people who needed to work — and it would take 2 ½ hours to drive the 60 miles to the city. We’d work all day and then drive the 2 ½ hours home,” Lawrence says. Lawrence herself drove those vans for months. It would be a year before she and her family could move home.

And just as they’d started to recover from the hurricane, a different type of disaster hit—the global financial crisis. “I knew we couldn’t go back to what we were as a company. Too much had changed. We were going to have to be a new company,” she says.

She started by earning woman-owned certification from the Women’s Business Enterprise National Council. (She serves on the board of WBEC South and has earned several women in business awards.) Then came the Tuck-WBENC Executive Program, a weeklong program for women’s businesses, which she describes as “injecting fuel into your system and giving you new ways to think about your business.” In 2010, she signed up for Goldman Sachs 10,000 Small Businesses program, which provides entrepreneurs greater access to education, capital and support.

Delta Personnel’s first invoice after Katrina was only $500, and even by 2009, the company was bringing in only a small fraction of what it had before the hurricane. Then those investments in certifications, networking and education started paying off.

“It was kind of like the prom. No one asks you to dance and then one guy does and then a whole line of guys wants to dance,” Lawrence says. “My business was like that (after Katrina). It felt like nothing was happening for a long time and then everything happened.” By 2016, revenue had reached more than $7 million. 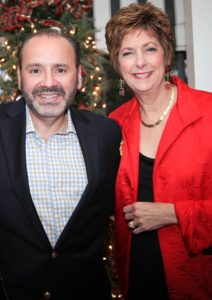 Moving forward, Lawrence wants to make sure she continues to create opportunities for women, minorities and other under-represented groups. That includes having an inclusive supply chain and collaborative partnerships with diverse businesses like one Delta Personnel has with Miami-based CAREERXCHANGE, lead by Sue Romanos and Nick Alonso, Jr., a Hispanic man and out member of the LGBTQ community.

“It takes a great deal of courage and an awesome support group to help bring someone into the light of being who they are,” Alonso says. “I found that in my family, my team at CAREERXCHANGE and in friends like Teresa Lawrence. As Sue starts her exit to retirement, our goal is for me to have controlling interest in the company by the end of 2018. I credit Teresa for pushing me to be me and openly become more involved in local LGBTQ organizations like MDGLC/SAVE/PRIDE. Our friendship has gotten so strong that Teresa and her husband Dave flew from New Orleans to Miami to join my partner Jose and I walk down the aisle after 20 years of being in a loving relationship. ”

“I’ve known Nick since 1996 or 1997, and through our relationship, we’ve formed a very strong alliance and partnership,” Lawrence says. “Our diversity is our strength, and our trust is bounded by a mutual understanding of strengths and weaknesses—we know that our continued growth depends on it.”

And diversity among her own staff remains a priority, too. “I want my staff to be reflective of my belief in diversity and inclusiveness,” Lawrence says. “At Delta Personnel, our mission is to hire the best talent, to provide exceptional customer service to our clients and to ensure that all workers have the opportunity to join the workforce at a fair wage.”

After 50 years in business, Teresa Lawrence is poised to lead Delta Personnel to new heights.