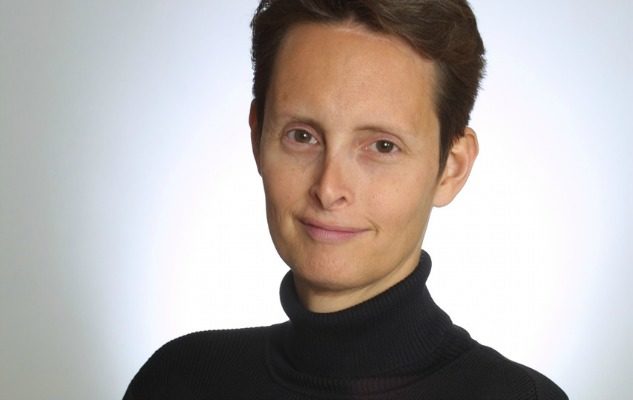 Although her latest book explores the history of the trans movement, genderqueer pioneer Riki Wilchins’ focus is firmly on the future. That gaze continues to stir debate.

“I’m not trying to create controversy for it’s own sake. Quite the contrary,” she said. “I’m trying to look down the road and see where things are going and every once in a while these things just kind of pop out at you and you go, ‘Oh, that’s going to happen!’”

TRANS/gressive (Riverdale Avenue Books) chronicles about five years in the early 1990s when trans activists came together to launch a modern political movement for gender rights.

Wilchins decided to write the book after reading an article in the New York Times about the early days of trans politics. A timeline accompanying the article didn’t include much of the history Wilchins knew—because she helped make it.

The article failed to mention groups Wilchins co-founded. Hermaphrodites With Attitude was the Intersex Society of North America’s first action group. Camp Trans, the yearly demonstration near the Michigan Womyn’s Music Festival, began as a protest when MWMF blocked trans women from its grounds.

“They even had someone wearing a Menace t-shirt [in the NYT article], but never said where they got it from or what the Menace was,” Wilchins said. “I thought, ‘OK, this is all completely getting lost. And if someone doesn’t write it down no one will ever know.’”

The Transsexual Menace was the first group Wilchins co-founded. The direct action activist group mobilized trans activists from around the country to plan and take part in vigils for transgender women or men who were murdered in hate crimes.

The Menace began, Wilchins writes, as a reaction to the invisibility of trans people and the brutal murder of trans man Brandon Teena in Nebraska. The case inspired the documentary “The Brandon Teena Story” and later, the film “Boys Don’t Cry.”

“Even in violent death, we saw clearly that none of us would be granted any dignity or legitimacy,” Wilchins writes in her book. “Looking back at that, we knew none of us were safe. But a lot of us were angry.” 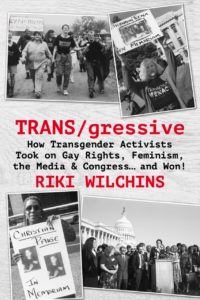 Wilchins doesn’t just recount beginnings in TRANS/gressive. At the end of each chapter, Wilchins follows what happened to individuals or groups after those early days, “so you get to see how everything turned out two decades later.”

“I hope that the book is a major contribution [to the movement],” she said. “I thought it was useful to take a look back and see where so many of the institutions and so much of the progress we have taken for granted came from, because back then there was nothing.

“People didn’t talk about trans; no one understood it. Even the gay community was proudly LGB but not T. … It’s been a long road.”

Despite the now commonly used LGBTQ acronym, the end of that road isn’t in sight. Wilchins’ ideas, at times, have put her at odds with the movement she helped start.

While leading GenderPAC, a lobbying group she co-founded that worked to further legislation that protects the rights of trans and gender-variant people, she began seeing gender as an issue that affected all people, not just transsexuals.

“I was always doing gender work, but in a trans wrapper,” Wilchins said. But many within the organization wanted to focus solely on trans people. That disagreement eventually led to her exit from the lobby.

“I think gender effects a lot of people, especially in the queer community. And I think we need to embrace all of them,” she said. “That is not always popular. People want a simple, straightforward, identity-based movement.”

Two of her most recent columns—“I Am No Longer a Transsexual” and “Is Trans Over?”—were not simply click-bait titles. In the latter article, Wilchins examined the limits of trans as a political category now that more young people identify as non-binary. Their gender identity does not fit the male and female binary.

She believes these young people are setting the queer community’s agenda for the future.

“They’re kind of exploding the category of transgender from the inside and taking it to new places,” she said.
This new chapter in the history of the movement raises many questions that Wilchins believes only can be answered over time. But she no doubt will be witness to—and make—more history.