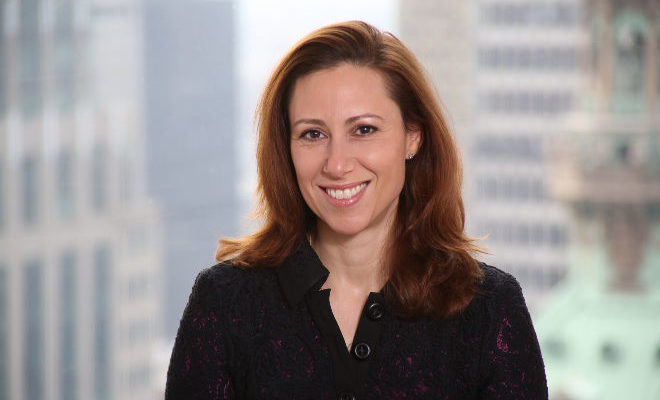 Rowena Zimmers, who immigrated to the United States from the Philippines as a child, took an idea to provide housing assistance to people displaced by disaster, started ALE Solutions in her basement and turned it into the nation’s largest provider of temporary housing for displaced insurance policyholders.

Providing women entrepreneurs and business owners like Zimmers with the financial services they need to grow and expand their businesses is a key mission of Women on the Move, a multipronged initiative from JPMorgan Chase & Co., which has announced a goal to extend $10 billion in credit to women-owned businesses in the next three years.

“We’re helping women to bring their business ideas to life,” says Samantha Saperstein, managing director at JPMorgan Chase and head of its Women on the Move initiative since May 2018. “We’re thrilled to be able to help women with the financing and resources they need to reach their goals.”

Women on the Move started in 2013 as an internal JPMorgan Chase listening tour to hear from female employees about barriers to advancement and ways to make meaningful changes inside the company. The tour grew and expanded beyond JPMorgan Chase. Women on the Move now focuses on three main areas: expanding women-run businesses (by improving access to capital, networking, expertise and other resources), improving women’s financial health (by increasing their financial acumen and confidence in their financial futures) and empowering women’s career growth (by providing an inclusive culture, growth opportunities, coaching, leadership training, and family-friendly policies and benefits to move women into leadership positions across the company). 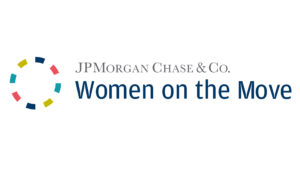 The “2018 State of Women-Owned Businesses Report” counts 12.3 million women-owned businesses in the United States, employing 9.2 million people and generating more than $1.8 trillion in revenues. Drilling down, the report shows businesses owned by Latina and black women grew at a rate of 172% and 164%, respectively, from 2007 to 2018.

Such statistics, Saperstein says, prove “that women already are participating in the business environment and contributing a great deal to the economy, and women of color are starting businesses at a faster rate than any other group, but even with growth in the participation rate of women in business, we see lower levels of funding of them. We need to keep highlighting the contributions that women are making and bring more money to women, whether that’s venture capital, loans or business credit cards.”

Women on the Move strives to meet women where they are in terms of financial acumen and resources, which means promoting a wide variety of programs. For instance, JPMorgan Chase recently rolled out You Invest, a digital platform to encourage regular investing with features like free online stock trading, investment tips and no minimum account balances. “The program isn’t just for women but it’s especially important for women who may not have the confidence to manage their financial lives but who, more and more, are acting as the CFO of their household,” Saperstein says.

Other programs, like Chase Chats, focus on next-level financial education and networking. Chase Chats are hosted by individual bank branches, bringing together business owners and entrepreneurs to discuss a variety of topics. Larger networking events around the country have focused on leadership development, Saperstein says. “We think a range of activities — from the lending piece to providing financial information to networking — is vital to helping support and grow women’s businesses,” she explains.

To introduce women of color to investors who may be interested in financing their enterprises, Women on the Move has hosted small dinner parties in Dallas, Denver, Detroit, New York, San Francisco and Washington, D.C. “It provides women great visibility with investors in their area,” Saperstein says. “Participants tell us it gives them a great sense of confidence to know they have a right to have a seat at that table, where they can meet people who can encourage and help them reach for their dreams.”

To further its efforts, Women on the Move works with other JPMorgan Chase initiatives, such as Advancing Black Pathways and the Entrepreneurs of Color Fund, as well as its Global Supplier Diversity Program, but also teams up with outside groups like The Female Quotient, which seeks to advance equality in the workplace. Saperstein and Women on the Move participated in The FQ Lounge at the World Economic Forum in Davos, Switzerland, in January, where they hosted programs on gender equality and other issues. “The official Davos delegations are 22 percent women,” Saperstein says, “but the lounge is the biggest game in town for women, connecting business leaders, thinkers, politicians, and academics, and bringing a focus to what we’re doing.”

Whether meeting with women at a local Chase branch somewhere in the United States or with global leaders at Davos, the goals of Women on the Move remain the same: “Access to capital for women, improving financial health and making sure women reach senior leadership positions — these things take time but we’re committed,” Saperstein says.

Learn more about Women on the Move.

← Previous Story 4 Things Your LGBT Child Needs You To Know, And Do
Next Story → A Fearless Force: Eduardo Placer invests in female voices