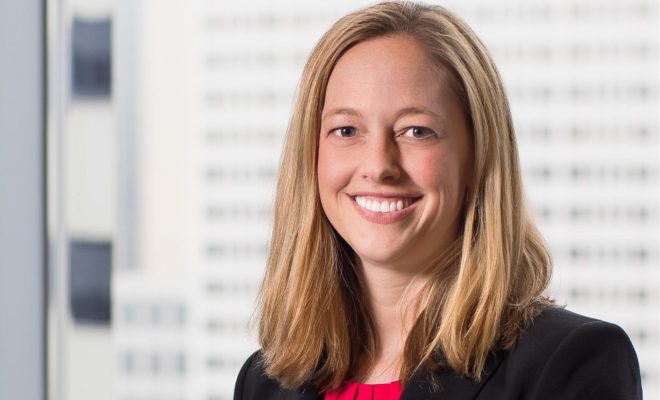 Through her activism, volunteerism and professional stints in the public and private sectors, Elizabeth Redpath has dedicated her 15-year career to advocating for equal civil rights and combating discrimination against the LGBTQ+ community. Her struggle to come out of the closet was intense, but once she “swung the doors open in 2004”, there has not been a moment where she hasn’t embodied “out and proud.”

Elizabeth has long been committed to the cause of LGBTQ equality—particularly in the South. She began her professional career working for Atlanta’s LGBTQ+ newspaper while volunteering for LGBTQ+ organizations, including AID Atlanta, Georgia Equality, The Health Initiative and CHRIS Kids.

Elizabeth decided to pursue a career in law to affect change for the LGBTQ+ community. While attending Emory University School of Law, she was president of the school’s OUTLaw chapter and a member of the National LGBT Bar Association and the Stonewall Bar Association of Georgia. She also interned at Lambda Legal, and she worked on the American Civil Liberties Union’s LGBT Project.

After graduating with high honors, Elizabeth clerked for two prominent judges. Through those experiences, she gained a keen awareness of the range of issues that impact vulnerable populations. Following her clerkships, Elizabeth joined the U.S. Department of Justice in the Disability Rights Section of the Civil Rights Division. During her time in the Civil Rights Division, Elizabeth was an active member of the HIV/Healthcare Working Group (within the Disability Rights Section) and LGBTI Working Group (within the Division as a whole). The LGBTI Working Group advises Division leadership on legal and policy issues related to discrimination based on sexual orientation, gender identity, intersex status, and HIV/AIDS status. After the 2016 US, Elizabeth left the federal government for private practice where she could affect more change, and she has not looked back.

Elizabeth decided employment law would be her focus as it has a tremendous impact on members of the LGBTQ community, and the uncertainty of Title VII’s protections make it even more perilous. Now an associate at McGuireWoods LLP, Elizabeth represents clients in federal and state courts, and counsels businesses on policies to combat workplace discrimination. She is vice president and president-elect of the Virginia Equality Bar Association and regularly provides pro bono legal counsel to LGBTQ+ individuals at name and gender marker change clinics. She continues to look for more ways to get involved in the LGBTQ community in her new home of Richmond, VA.