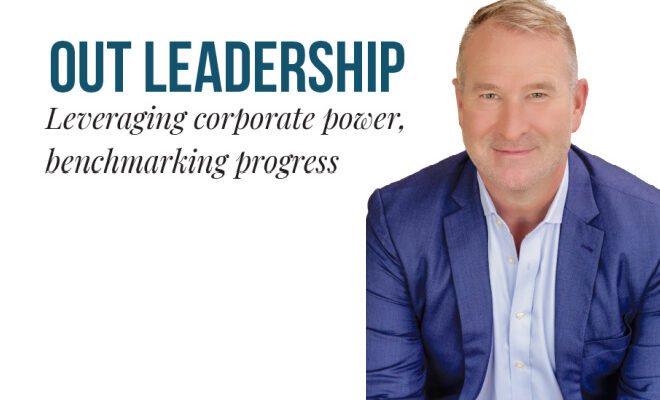 Todd Sears has seen more than a decade of progress when it comes to businesses recognizing the return on equality.

Sears founded Out Leadership, the world’s first — and only — LGBTQIA corporation focused on equality in 2010. Prior to that, he spent more than 20 years in finance, where he positioned himself as a leader in diversity. At Merrill Lynch, Sears created the first team of financial advisors on Wall Street focused on the LGBTQ community, and there pioneered diversity initiatives as the Head of Diversity Strategy.

Today, with Sears at its helm, Out Leadership has more than poised itself as a successful pioneer in advocating for inclusion in business with 94 member companies, including Amazon, Microsoft, Nike and Walmart, and 56 nonprofit partners, including GLAAD and Transgender Law Center, around the world.

“When I started Out Leadership 12 years ago, marriage equality was not a reality,” Sears told BEQ Pride Magazine. “You could still be fired in 34 states for being LGBTQ, conversion therapy, we still couldn’t serve openly in the military.”

“I really had to tie it to business opportunity and ROI and bottom line impact,” Sears explained. “And there was a perceived risk, a big risk in doing that. I think the sort of prevailing sentiment in the corporate space was that it was a major risk to speak out on the ‘social issue,’ because that’s what we were perceived as at that time. It wasn’t considered something that was a human right. … I think there’s lots of different approaches for why companies and leaders should — and can — advocate. And that didn’t exist before. That’s existing as we move forward globally, where my focus is the 71 countries where it’s still illegal to be gay.”

Enter Out Leadership’s OL-iQ tool, which measures an organization’s LGBTQ inclusion privately as a way to measure corporate equality.

“We’ve had some companies like American Express use it in, I think, 22 countries,” he said. “They took it 22 different times to compare and contrast. HSBC used it in Asia and Hong Kong, specifically around understanding trans benefits and inclusion.”

OL-iQ is useful across industries and business size as well, whether it’s a 10-person firm or a multinational enterprise. The goal is to identify gaps across the spectrum, where a company can improve and begin to create change. Sears said it’s important to recognize the identities that fall within the LGBTQ community as a whole.

“We are women, we are people of color, we are trans, we are [gender-] nonconforming, we are Latino,” Sears said. “From day one, we have always focused on [diversity.] We have 66 nonprofits globally across all kinds of spectrums.”

Sears said the index illustrates where discrimination still exists at a state level. Because the Equality Act, which would amend the Civil Rights Act of 1964 to prohibit discrimination on the basis of sex, sexual orientation and gender identity in employment, housing, public accommodations, education, federally funded programs, credit, and jury service, still has no chance of passing in the near future, Sears said it’s up to the states to take action.

“Without this sort of sweeping federal protection, we wanted to create this index to do exactly that. To share what still needs to be fixed and where things stand, and that’s what we did,” he said.

The information can be used to craft equity-based legislation, at a time when more than 130 anti-trans bills were introduced across 31 states over the last year. These attacks on LGBTQ individuals force people to leave and raise families elsewhere.

“These states are sacrificing their futures,” Sears said. “They’re literally solving a problem that doesn’t exist, and people do and should exist and should be able to attend school and play sports and have full lives based on their gender identities and expression.”

Looking ahead, Sears said Out Leadership is nowhere near slowing down. They recently announced the launch of a major environmental, social and governance initiative for 2023, to ensure those conversations on climate change are LGBTQ inclusive.

And the work doesn’t end there.

“We [LGBTQ people] are still illegal in 71 countries globally, but in all of those countries my companies do business,” Sears said. “So, if I can over the next 10 years convene all of the different organizations, whether they be business, non-profit, or NGOs, let’s all focus in a proactive way on repealing [those laws]. We’ve never really been in a power position like we are now, where we could actually say 10 years from now, we are where we want to be.” 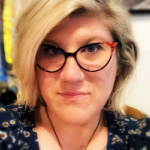 ← Previous Story Standing in His Truth