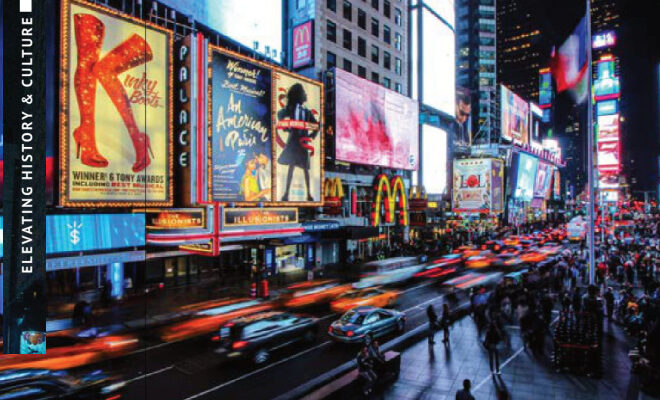 The music in Rent the Musical grabbed me first. I had heard about this magical musical that somehow captured the despair of the HIV/AIDS epidemic in a rock musical container, through word of mouth. But I had yet to see it performed on Broadway. Then my sister, almost nine years my junior, darted off to New York for a high school senior trip and got to see the musical, while I was stuck in Atlanta failing at a music career. So what does a struggling then 26-year-old artist jealous of a 17-year-old do?

You buy the CD instead.

I found Tower Records and bought the CD – a constellation of sounds and genres that prolly shouldn’t work together but somehow ride a similar vibe of late 80s/early 90s dread, alternative rock and classic musical bravado. Instantly I was in love. The genre defying production almost seemed to leap through the speakers. Even more revolutionary, the cast was a multi-racial, multi-cultural cast of young actors.

The CD was on heavy rotation in my stereo, car and playlist back in Atlanta. It was the first piece of music that took up space in my head before I saw the production in the theater.

There was a certain song where I abused the repeat button. “Will I?” is not the flashiest song in the book of compositions; there are many others that offer those big production values. It’s also not a stand-out moment for any one singer. It’s basically a chorus of voices yelling to the gods about the fear and uncertainty of a tomorrow not promised to a community ravaged by the HIV/AIDS epidemic.

The lyrics by Jonathan Larson, who would go on to win scores of awards and international acclaim for his work before his untimely death, were a perfect fit for the struggles of that time. But not until I finally saw a performance of the musical in 2000 did I really understand the power of this song over me.

Seeing a mix of characters fighting to be seen beyond the stigma of a disease not of their making, pushing and praying to see another day, when life was not promised, transcended the stage for me at that moment. I saw the power of musical theater. The power of good theater really. Yes, I had seen plenty of regional theater productions, and even worked the box office for a local theater in Chicago. But in all my time I hadn’t seen myself – all of myself – in any production.

And really theater, like all art, is a chance to see one’s self, up on stage.

And, even after the musical, the lyrics from “Will I?” especially hold up.

George Floyd and the lynching of Black men

and women throughout the US

Right now the theater is going through a shift. Or at least I hope it is. The opportunity for more people to see themselves on stages, not just for actors, but for the audience is big. Even before the pandemic, the world of theater and Broadway had challenges in representation.

According to a 2018/19 Broadway League report, there were about 14.8 million admissions during that year. And tourists from other countries were impressive with more than 2.8 million, the largest in history, according to the report. But there are other data points.

The average household income of theater goers lounged at $261,000. And while the number of people of color overall rose to 3.8 million according to the report, the Broadway audience remains starkly (and some would argue, deliberately) white with 74% of the Broadway audience identifying as Caucasian. Black audiences sat at 3.9% according to the report1.

That is Broadway audiences. When you look at who works in the vast ecosystem that is the theater system — employing everyone from directors to choreographers to make-up artists — the numbers are even worse.  The Asian American Performers Action Coalition (AAPAC) recently published The Visibility Report 2018-2019: Racial Representation on NYC Stages showing that 4.5% of Broadway performers were Latin or Hispanic. According to reporting from the Washington Post data from the Black Theatre Coalition revealed that:

There is hope as many new shows arriving to Broadway during the recovery period of the pandemic have been Black. But there the future is still uncertain. The future of this great institution depends on the advocacy, the artistry, and (frankly) the anger of those invited and not invited to sit in the audience on the Great White Way.

In the coming issues of BEQ Pride we will explore the possibilities of what theater could look like. We will dare to dream of an inclusive theater business where everyone is welcome. We will get the perspectives of playwrights, press agents, marketers, directors, producers, construction managers, and everyone who creates the infrastructure for theater to exist. We will all be challenged to pursue a greater future, one in which we don’t have to sing: 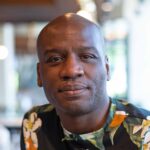 George Kevin Jordan is a DC-based writer with more than 25 years of journalism experience. He learned the fundamentals of reporting, chasing fires and covering homicides for the Milwaukee Journal-Sentinel. He served as online managing editor for SGL digital outlet SOULE.LGBT, as Editor-in-Chief and Editorial Director for Bleu magazine and is currently Editor-In-Chief for Greater Greater Washington, an online urbanist news site. He has also freelanced for dozens of publications including TheBody.org, Ebony.com, The Afro, and Construction Dive.