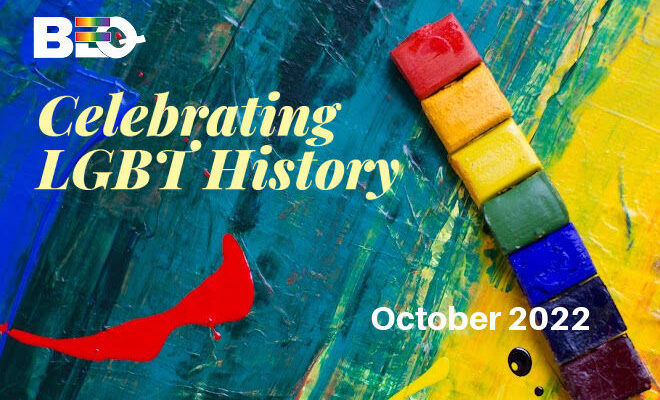 In honor of LGBT History month this year, we are revisiting a group of previously recognized leaders who have become bonafide history-makers since 2017. This look back is intended to engage and inspire future leaders and history-makers to reach for their dreams. Celebrating LGBT History month begins with the courage and vision of Rodney Wilson.  When talking about the value of months celebrating different histories, he said, “All of these are designed to highlight and publicize long-neglected stories. They are about saving part of the past. They are also a political act because to assert that one’s group has a history, is a political act. To assert that every group has a right to see its people in what Carter Woodson called ‘the great theatre of events’ is a political act.” Wilson understood the power of shared history — both in the sense of a group’s communal experiences and in the sense of publicizing and honoring those experiences. We believe that in sharing stories from the LGBTQ+ community, in elevating in amplifying those voices we are engaging, empowering and accelerating the true benefit of our shared American history—belonging.

When we initiated our Annual List of LGBTQ+/SGL Leaders Under 40 in late 2017, our awards committee recognized eight individuals for their contributions and willingness to cover new ground as Next Gen Pioneers. At the time we suspected these individuals would have an outsized impact as leaders in the future, and we were right.  What we could not have anticipated was how soon they would impact LGBT History.

Samuel, Women of ClexaCon (Ashley, Danielle, and Holly), Moez, David, Malcolm and Angelica — were each conquering new territory and standing out and standing proud while they made a difference back then. These amazing individuals have continued their stratospheric rise as great leaders ever since. Take a look at how they are making history now.

Holly Winebarger, Danielle Jablonski and Ashley Arnold were key organizers of ClexaCon. As the first and largest multi-fandom event for LGBTQ+ women, trans and non-binary fans and creators, ClexaCon brings together thousands of diverse LGBTQ+ fans and content creators worldwide to celebrate the positive representation of LGBTQ+ women, trans and non-binary communities in the media. ClexaCon 2022 Anaheim marked the 8th ClexaCon convention over six consecutive years. It was held August 26-28 in Anaheim, CA at the Anaheim Marriott, with a livestream of featured panels for a worldwide audience. What matters most is these individuals were instrumental in putting in place what wasn’t there before. Making LGBTQ+/SGL history now is about starting and building a legacy. 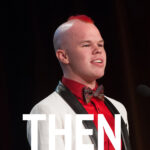 Sam brings a wealth of experience to this role, having previously served as the first employee of the country’s first and only nuclear waste management and disposal start-up company. In July Sam was back at MIT’s Nuclear Waste Educators’ Workshop to highlight the Department of Energy’s consent-based siting efforts to manage the country’s spent nuclear fuel. You can learn more about Sam’s impact on LGBT History by following them on Instagram @sbrinton and their work @GovNuclear. 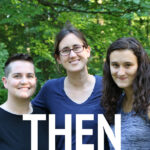 As the first and largest multi-fandom event for LGBTQ+ women, trans and non-binary fans and creators, ClexaCon brings together thousands of diverse LGBTQ+ fans and content creators worldwide to celebrate the positive representation of LGBTQ+ women, trans and non-binary communities in the media. ClexaCon 2022 Anaheim marked the 8th ClexaCon convention over six consecutive years. It was held August 26-28 in Anaheim, CA at the Anaheim Marriott, with a livestream of featured panels for a worldwide audience. What matters most is putting in place what wasn’t there before. Making LGBTQ+/SGL history now is about starting and building a legacy. You can follow ClexaCon on Instagram @ClexaCon, Twitter @clexacon and on YouTube youtube.com/c/ClexaCon to witness their impact on LGBT History. 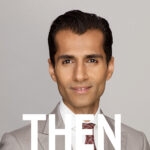 As a first-generation Pakistani Muslim American, Moez Kaba graduated with the highest honors from Cornell University (B.S. Industrial and Labor Relations 2002) and Columbia University Law School (J.D. 2005). According to a recent Chambers and Partners review, Moez is highly regarded for his commercial litigation practice. His experience spans negligence, intellectual property and contractual disputes. Quotes from Moez’s clients and colleagues say it all: “The term ‘steel trap mind’ was coined for Moez. There’s nobody quicker or more consistently on the money when complex judgment calls need to be made.” “Moez is one the best litigators I have worked with. His legal skills are only surpassed by his professionalism. He’s strategic, agile, creative, and a master in the courtroom.” “He’s highly skilled on paper and is a very versatile trial lawyer.” Sometimes, making history now requires a steel trap mind and the courage to be a master in the courtroom. For more information on how Moez is impacting LGBT History visit hueston.com/attorney/moez-m-kaba. 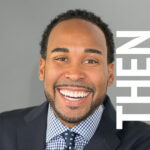 That’s right; he is David Johns, Ph.D., who recently completed his doctoral work at Columbia University in the City of New York – earning a Ph.D. in Sociology & Education Policy. He was also named a 2022 @LinkedIn Top Voices for Social Impact. David achieved all of this success while simultaneously being the executive director of the National Black Justice Coalition (NBJC), a civil rights organization dedicated to empowering Black LGBTQ people, and making frequent guest appearances on both network and major media outlets. Most recently, David has helped widen the lens for our audience here at BEQ Pride magazine with a piece entitled Equality Act & Active Accomplices. Making history now is about being seen and heard. Check out David’s Instagram @drdavidjohns to see how he impacts LGBT History every day. 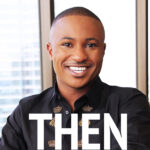 Malcolm is a young visionary leader who is second to none. Malcolm built his business out of his courage to live authentically. He helps people create financial security, oftentimes in the face of chronic illness, and he provides financial products and services that build wealth for future generations. Malcolm selflessly shares who he is and what he has without fear. With millions of followers across social media platforms and close to 500K YouTube subscribers who tune in regularly, Malcolm delivers on his promise to help people change their lives and make them “laugh a lot.” History can be made with a plan and a great sense of humor. For more information on how Malcolm is impacting LGBT History follow him on Facebook at facebook.com/MJHarrisSpeaks/, on Instagram @mjharrisspeaks, and on YouTube at youtube.com/c/MJHarrisSpeaks. 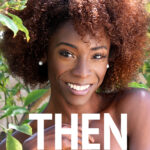 In case you missed it Angelica is at the top of her game and headed for higher heights. Besides her role on POSE and this summer releasing her single, Only You, this shining star is making history on Broadway. Angelica is Roxie Hart in the Broadway musical Chicago. This is the first time an openly transgender person has led the more than 25-year-old iconic show; according to producers, this is also the first time an openly trans woman has ever led a show on Broadway. In 2022, being visibly represented in the bright lights of the Great White Way in the lead role is History happening before our eyes. Check out Angelica on her website at MissRoss.com or on Instagram @AngelicaRoss to keep up with how she continues to impact LGBT History.