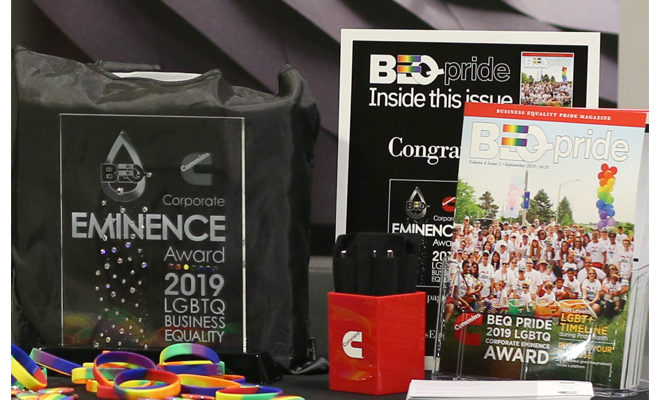 The BEQ Pride LGBTQ Corporate Eminence Award is a designation of distinction for outstanding efforts to include the LGBTQ business community. Invitations to apply were extended to major employers and brands that are corporate partners of the NGLCC or are members of the Billion Dollar Roundtable with a perfect score on the most recent HRC Foundation’s Corporate Equality Index. 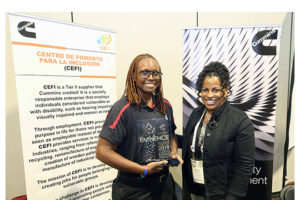 We are proud to announce the recipient of the 2019 BEQ Pride LGBTQ Corporate Eminence Award is Cummins, Inc.

For 100 years Cummins, an Indiana-based global company, has designed, manufactured and distributed cutting-edge engines, filtration and power generation products. A global power leader, the Fortune 200 company was founded in 1919 and generates over $20 billion in annual revenue.

Cummins celebrates its centennial as an innovative, forward-thinking company that believes in diversity of thought, an inclusive workplace and business equality. The company has a history of inclusion in the workplace and the supply chain, as do many in corporate America, but what sets Cummins apart is their willingness to advocate for equality in the halls of government and their proactive approach to identify and develop LGBTQ suppliers.

We applaud Cummins for being visible, vocal supporters — more than supporters, advocates — for equality in the face of a state government trying to restrict human rights. Headquartered in conservative Southern Indiana, the company raised the LGBTQ flag in honor of Pride month and as a symbol of support for the LGBTQ community. Cummins employees regularly participate in local Pride celebrations in several cities around the United States as well as in countries such as Brazil and Canada. 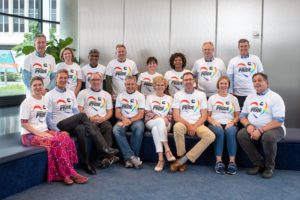 Cummins’ advocacy goes beyond marching in Pride parades and flying the rainbow flag, however. In addition to participating in celebrations of the LGBTQ community, Cummins is an active advocate within the state legislature.

In 2014, Marya Rose, chief administrative officer, was quoted by The Guardian in opposition of a proposed amendment to the Indiana State Constitution which would ban same-sex marriage.

“This is a negative message that Indiana is not a place that welcomes people of all backgrounds and it jeopardizes our ability to be competitive in global markets and to attract and retain top talent,” she said. “This message of intolerance has no place in a state that professes to treat all citizens with dignity.”

Cummins opposed Indiana’s Religious Freedom Restoration Act (RFRA) in 2015, which allows individuals and companies to assert as a defense in legal proceedings that their exercise of religion has been, or is likely to be, substantially burdened. Despite opposition from national and local entities, the bill was passed and signed into law.

In 2018, Cummins took a very visible stand for equality when corporate representatives testified in favor of expanding the state civil rights code to include sexual orientation as a protected class during an Indiana study commission. Shannon Heider, director of state government relations, spoke to the committee about how denying civil rights and protections impacts the corporation’s ability to attract quality candidates to Cummins.

“We are a global company, solving global problems,” Heider said. “But our headquarters is here. Those who rise through the ranks of our company will spend time and live in Indiana. With all the negative attention Indiana has received, we have lost strong, high-performing employees who have cited the negative perception toward the LGBT community as their reason for leaving. They do not want to develop their careers in a state that is perceived as unwelcoming to them.”

Heider went on to highlight Cummins’ economic impact on the state of Indiana. With nearly 10,000 employees in the state and the recent completion of a new global distribution headquarters in Indianapolis – a location chosen in part because that city instituted legal protections for LGBT individuals – Cummins has a powerful voice which they have chosen to use on behalf of the LGBTQ community.

Ensuring a safe, inclusive, productive work environment is another area where Cummins impressed our awards committee. From the hiring process to onboarding new employees to quality of work life, Cummins actively promotes the type of welcoming workplace that has earned them a regular ranking on Diversity Inc’s Top 50 Best Places to Work and NBIC Best-of-the-Best Award. 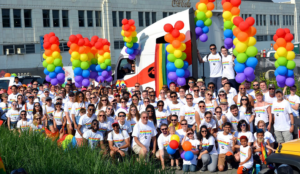 Cummins regularly attends events like the Out for Work Career Conference, Reaching Out MBA and the Out in Stem conference to recruit LGBTQ+ candidates. The company also has an LGBTQ+ specific recruiting page with videos, information and a note from the executive sponsors of the Pride Employee Resource Group (ERG) to add an extra welcoming touch for interested LGBTQ+ job seekers. In addition, Cummins created the LGBTQ+ Safe Leader Training program that enables employees to create a safe work environment for LGBTQ+ employees. All Cummins employees are encouraged to participate in this four-hour, face-to-face session.  In 2018, the Safe Leader Training program was recognized with one of the company’s highest internal awards, The Chairman’s Impact Award.

There are Pride ERG chapters that provide local content across the globe, including sites in various places in North and South America, Europe, India and Australia.  In addition to content such as lunch-and-learn activities, one of the most popular events are company organized participation in community LGBTQ+ Pride Events (commonly known as June Pride events, but calendar occurrences of them are outside of June in many locations).

In an ecosystem that requires a robust, efficient global supply chain, finding qualified suppliers is challenging. Finding certified LGBTBE suppliers is even more challenging. NGLCC has 1,000 certified LGBTBEs, a significant accomplishment but still a tiny minority of the estimated 1.4 million LGBT-owned, controlled and operated businesses in the United States. Fewer still are currently certified and have the scale to provide the specialized goods and services Cummins needs in their global supply chain.

Cummins is addressing the shortage of certified LGBTBEs and other diverse suppliers by taking action internally and externally. Helena Hutton, the Director of the Cummins supplier diversity program initiated a partnership with the Cummins Black Network, the African and African American employee resource group, to increase the exposure of Black-owned and operated businesses to stakeholders within Cummins. In addition, they are expanding the partnerships to the Cummins Pride Employee Resource Group and have identified suppliers to develop as partners for Cummins. The program is designed to identify where the diverse supplier needs assistance and partner them with a mentor from Cummins to help guide them over a one or two-year period, addressing needs ranging from how to work with a Fortune 500 company to operational development.

Cummins is an active member of NGLCC, holding a seat on the Corporate Advisory Committee and participating in NGLCC events. Michelle Cooper, Cummins Indiana logistics leader, became co-lead of the NGLCC Corporate Advisory Board in 2018. She also serves as a regional LGBTQ certification applicant site visitor for NGLCC.

A site visit is a crucial step in the certification process, ensuring that the applicant is indeed a majority LGBT-owned, controlled and operated company and providing an opportunity for the business owner to ask questions and get to know more about the benefits of certification and becoming an NGLCC member. It’s also a necessary step to complete certification and increase the number of certified LGBTBEs. In addition, Lisa Hardin participates on the NGLCC Procurement Council and Holly Zhu joined the NGLCC Supply Chain Opportunity Task Force in support of the development of manufacturing-related service companies.

The search for LGBT-owned businesses has expanded abroad as well. Mexico and India are beginning to see growth within the LGBTQ business community and Cummins is ready to form partnerships with qualified firms. Sourcing personnel are actively seeking LGBTQ companies in those countries to investigate and develop as partners in the Cummins supply chain.

Cummins celebrates 100 years of innovation and success in 2019, poised to achieve even more in the decades to come thanks to an inclusive, proactive practice of business equality.