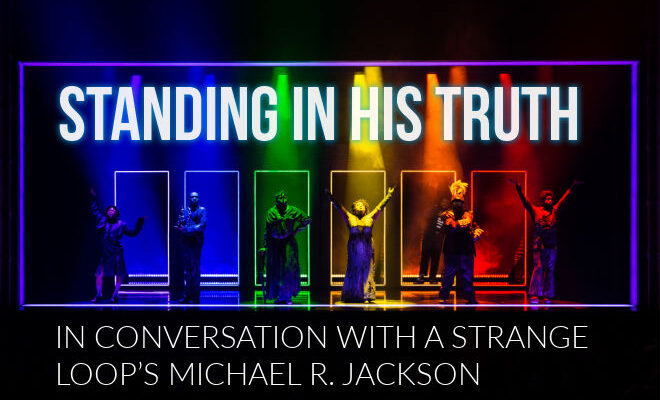 Standing in His Truth

Standing in His Truth: In conversation with A Strange Loop’s Michael R. Jackson 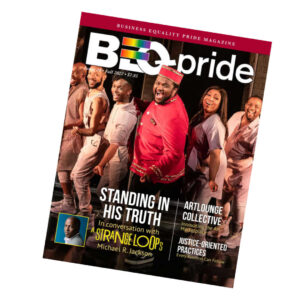 “I am a Disney usher

My discontentment comes in many shapes and sizes

But I woke up this morning

I told myself to try

I told myself that I would make no compromises”

This lyric from Today from the highly-acclaimed musical, A Strange Loop, is a glimpse into the playwright’s own journey from singing in an all-city youth chorus and playing piano in a Black Baptist church in Detroit to an MFA at NYU to working on Broadway as a theater usher to seeing his work win a Pulitzer and Tony.

In a recent conversation with BEQ Pride, Michael R. Jackson shared his reflections on the musical’s window of opportunity, the internal dialogue that puts telling the truth and the idea of commercial success in a difficult conversation with each other, a preview of his next production, and what it means to be free.

[The following has been edited for clarity and brevity.]

BEQ: You have described A Strange Loop’s evolution from monologue to musical. Was it clear to you from the beginning that Broadway would be a natural part of the evolution for this work? Was Broadway always the goal?

Michael: From inception to Broadway, A Strange Loop was an 18-year journey, but Broadway wasn’t a goal at all, because I did not believe that it was possible. At the same time that I was writing, I was watching theater because I’m not just a writer of musical theater, I’m also a consumer. I was also ushering at the New Amsterdam theater, where the Lion King was at the time, and also later Mary Poppins, and then Aladdin. Based on both the musicals that I was seeing being produced and being in the belly of the beast – behind the audience, watching them, seating them, and watching them watch the show – my perception of Broadway was that it was a very conservative, non-adventurous place. Based on the stuff that I was writing, I was like, “Oh, there’s no way, like, no way anywhere, on God’s green earth anyone will ever produce this ever!” So, for it to go Broadway and win the Pulitzer has been mind-blowing.

BEQ: Broadway was something that you couldn’t even imagine for A Strange Loop, and now you have the Tony award for Best Musical. What changed?

Michael: I feel like it’s the confluence of many factors. It reminds me of this thing that my middle school vice principal used to always say to us: Luck is when preparation meets opportunity. I say that because I just kept working on A Strange Loop no matter what was happening. And then we had a reading at Playwrights Horizons on November 11, 2016. That was four days after Trump was elected. That reading was pivotal in the trajectory of A Strange Loop because so many people in that room were freaked out about the election. I think that my producer was one of those people who felt so electrified by the piece, also scared of it, but also like, seeing its importance given what was happening in the world outside. I think the alchemy of all of that made her feel more inclined to want to help the piece along. There were still a lot of theaters that were very afraid to do the piece, but the constant was that I was continuing to refine the work until it got to such a point that I think it was kind of undeniable. But it also just happened that it was sort of the right time for it to, sort of, slip through the matrix, as it were.

BEQ: You have talked about A Strange Loop being a mirror for some – especially Black queer audience members – who have longed to see themselves represented on stage and, for others, a window into lives they don’t necessarily relate to but end up connecting with emotionally. But what happens when your art is a mirror or window that reveals something that makes audiences uncomfortable or makes them feel that they’ve been implicated in or held responsible for something that maybe they’re not proud of? Do you have to consider that as a writer for whom continued commercial success is, now, clearly possible?

Michael: Well, so I have my next piece, which I’ve been working on for the last five years or so, and it’ll be moving toward a production early next year. In my opinion, a lot of people feel affirmed and validated by A Strange Loop. There’s a warmth to it. This next piece, I would say, is more confrontational. It’s also very entertaining because, for me, that’s a key ingredient, but I’m being more critical and a little bit more political. I’m also talking about a Black audience.

BEQ: Are you airing the proverbial “dirty laundry” that Black people aren’t supposed to discuss in front of mixed company?

BEQ: Is bringing a production to Broadway easier after you’ve already been massively successful once?

Michael: So, this one has been on a quicker trajectory, in that sense, when you compare it to A Strange Loop, but, you know, the problems are all the same: it’s money and timing and marketing and wondering how people will react to it.

BEQ: From a business perspective – creating works that will fill a theater night after night – how much do you find yourself thinking about how an audience receives your work? It sounds like this next production might hurt some feelings.

Michael: I also think it might make you laugh. Again, I’m in the business of entertainment, but entertaining doesn’t mean pandering. I think Black artists, in particular, have to answer this question all the time. How do I want to appeal to people? I think it comes down to where you stand in terms of what you think is important. The choice I have made is that everyone is invited to engage with my work, but that it’s up to me to make sure the work has an integrity I feel that I can stand behind.

Like Usher, the protagonist of A Strange of Loop, Michael R. Jackson had a clear creative voice long before it would be heard by thousands and long before it would receive a set of accolades that speak to the undeniable brilliance of his work. And also like Usher, Michael R. Jackson kept working – no matter how far away success may have felt – and stayed committed to the truth of his work even when the world wasn’t ready to receive it. 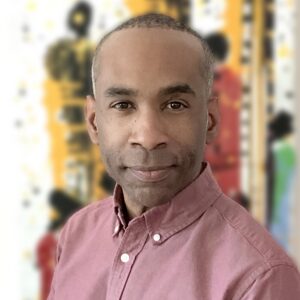 ← Previous Story Are you covering at work?
Next Story → Out Leadership