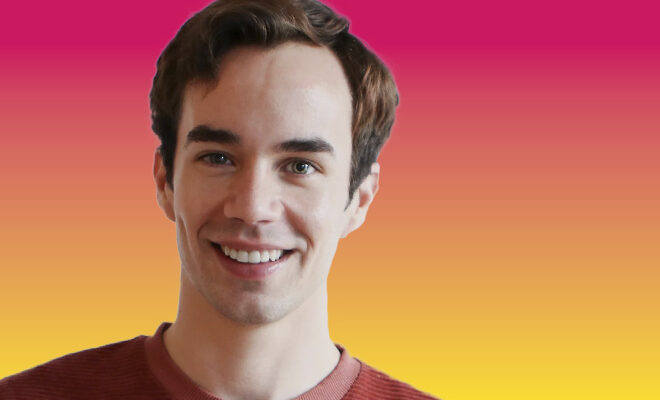 Closing my office door when I am on calls, so my partner doesn’t walk behind in his underwear – which happened multiple times this year, but most memorably when I was speaking on a panel about work-life balance.

Garrison Gibbons serves as the Head of People and Comms at Knotch, Inc., a content intelligence platform, in New York. New to the executive ranks, Gibbons is already a leading voice in Human Resources, recognized among Crain New York’s 20 in their 20s. At Knotch, he candidly shares his experience as a queer professional as he works to foster a culture of inclusion and belonging with proper human resource practices.

Gibbons earned a Bachelor of Fine Arts from the University of Mississippi. He is a GLAAD volunteer and a volunteer counselor for The Trevor Project. He was recently elected to the board of the New York City Gay Men’s Chorus.

Gibbons was born in Alabama but raised in Mississippi by two lawyers as parents and the youngest of 6 children. Coming from such a conservative part of the country meant he struggled to fully accept his identity. The fact that his older brother came out while Gibbons was in middle school and committed suicide a year later certainly pushed him further into the closet. When Gibbons finally came out, he had to first overcome trauma and spend time discovering his authentic self.

Gibbons moved to New York after college and quickly landed an opportunity to work for an organization with a queer CEO. A significant portion of the staff of the organization identified as LGBTQ+ and hosting LGBTQ-focused events and fundraisers was a common occurrence. This was both an affirming and inclusive environment. The initial culture shock gave way to Gibbons embracing his good fortune, thriving and growing due in large part to the inclusive environment inside and outside of work.

Gibbons experienced first-hand the value of inclusion in fostering a sense of belonging especially at work. As a result, he has dedicated himself to cultivating a culture of belonging at work as his career path. Gibbons is a Human Resources and Comms executive with a huge head start to figuring out his purpose. Over the next decade, he has targeted the expansion of rights for gender nonconforming and “trans folx” by helping to improve their access to opportunity and job security as his next mission.