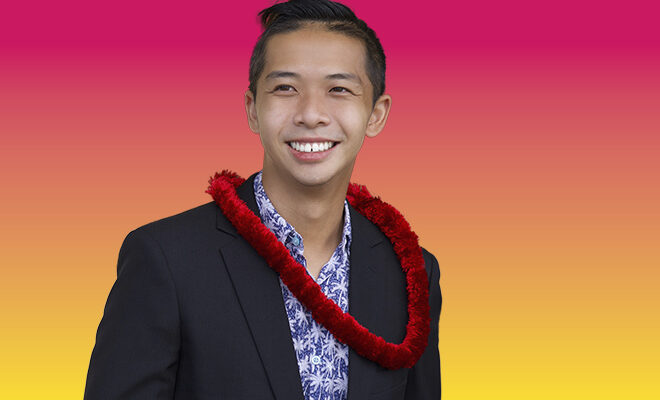 Adrian Tam
Class of 2021 BEQ Pride LGBTQ Leader Under 40
Hawaii House of Representatives
(He, Him) is 28

Adrian Tam is the son of immigrants who came to America with nothing and eventually started a small business. Tam is a proud graduate of Hawaii public schools and worked his way through Penn State University where he earned a degree in history. Upon returning to Hawaii, Tam became a licensed real estate agent for his mom’s small business. In 2016, Tam served as a legislative aide and in 2017, was appointed to manage the Office of Senator Stanley Chang. During his tenure, Tam was instrumental in the passage of Hawaii’s conversion therapy ban for minors, as well as working with stakeholders in passing a ban on gay panic defense.