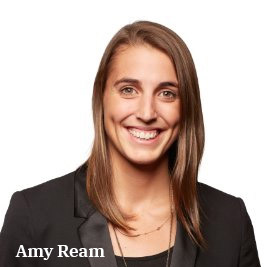 Amy Reams is a founding member and board president of wayOUT, an organization changing what it means to grow up as a gender or sexual minority in America.

By investing in organizations that launch life-saving programs supporting LGBTQ+ youth ages 11-25 in their communities, Amy and wayOUT have been making a difference in the lives of young people. In 2017, they raised $127,000 for the Magic City Acceptance Center in Birmingham, AL, to launch their Homeless LGBTQ+ Youth Program, which recently rolled out its training program to two homes. During September, they raised nearly $100,000 for TimeOut Youth, an LGBTQ+ Youth Center in Charlotte, NC, that provides the only housing for homeless queer youth between Washington, DC, and Atlanta.

wayOUT was established in response to fed up San Franciscans wanting to make a change—within 18 months, they’ve created a movement.

They’ve expanded by launching a sister chapter in NYC which will raise money for Encircle, an organization based in Provo, Utah. Encircle is expanding on its incredible work in Provo by building centers in both Salt Lake City and Southern Utah, serving an additional 13,000 individuals. By the end of 2019, wayOUT will launch a third local chapter in Los Angeles with the goal of eventually investing $1 million in 10 life-saving projects by 2022.

Amy (and wayOUT) believe they can empower LGBTQ+ youth in America to feel safe being their authentic selves through collective action.