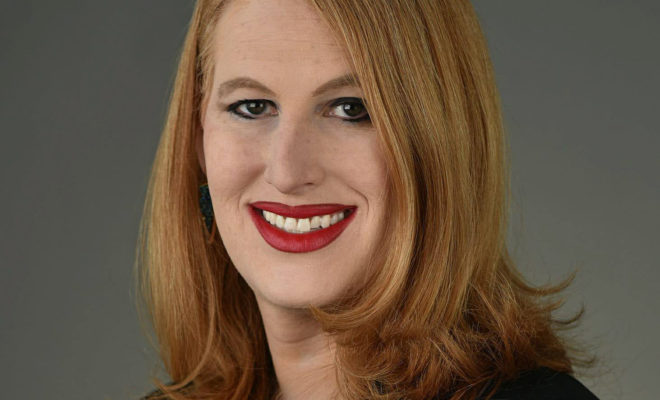 Ashley has been furthering her community engagement since she started transitioning in 2008, while living in Tampa, Florida. Looking for a job that would accept her authentic self, she accepted a role as a teller with PNC Bank. Since then she has been promoted eight times in seven years. Now she serves as the Vice President of PNC’s Diversity & Inclusion Office. She gets to live her passion for the community each and every day, helping to lead PNC’s Regional D&I Council program and other initiatives focusing on embedding inclusion within the organization.

Ashley was inducted into the PNC employee hall of fame in 2015 after leading the company in revenue for three consecutive years, volunteering with more than 20 organizations in her community and being the Tampa area’s local voice for trans rights on Fox, CBS and ABC. In June 2015, Ashley gave the keynote address at the first-ever Macdill Air Force Base Pride event and was Grand Marshall of the St. Pete Pride Parade, earning her a feature on the front page of the Tampa Bay Times.

Ashley has been with her high school sweetheart, Whitney Brundage, for 21 years, and married for 16. They have 2 biological sons Bryce, 13, and Blake, 11, and they are excited Disney pass holders and frequent Disney guests.

Ashley founded the Diamond Scholarship Foundation in 2015 and worked to tie the foundation to a mentoring program that awards the scholarship to deserving LGBTQ+ youth. She also mentors trans people who are looking to move up in the corporate environment.

She is most excited for her contributions to the work that demonstrates that the trans community will not be erased. Her recent work to launch and co-chair, with NGLCC’s Chief of Staff Sabrina Kent, the new Trans Inclusion Task Force has resulted in a 515% increase in trans-owned businesses seeking LGBTBE certification during the second half of 2018.