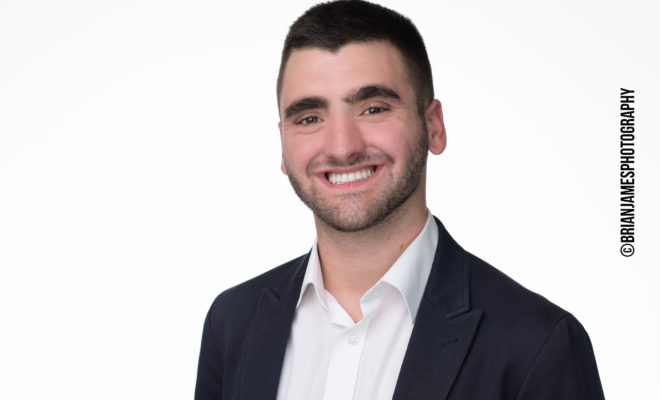 By 2030, LGBTQ+ fans will feel at home at sporting venues across the country. Pride nights will be considered a mainstay on promotional calendars. Ballparks will be as diverse as the communities they call home, where all fans feel welcome celebrating every piece of their identity.

Ben Pereira joined Minor League Baseball (MiLB) in January of 2019 in the inaugural class of the MiLB Associates program, as a part of our Diversity and Inclusion team. Before joining MiLB he already had extensive experience leading Diversity and Inclusion initiatives in sport at the university campus level at both the University of Massachusetts Amherst and Florida State University. He also published and defended both qualitative and quantitative peer reviewed research in diversity and inclusion during his time as a student. Being a results-driven thought leader at each of his campuses was a priority and led him to his success and his current role with MiLB.

When Ben started at MiLB he had to get comfortable being the only openly gay person in his office. Early on in his tenure he was tasked with leading an ambitious Pride campaign—he was immediately facing a longstanding fear. He had believed for years that a key part of his identity must stay hidden in order to find success in the sport industry—this was quite a sudden transition.

It was important for MiLB to create this platform due to the significance of Stonewall 50 commemoration and from recent data showing 83% of Americans believe an openly gay person would not be very safe as a spectator at a sporting event. MiLB Pride marries on-field competition, local community outreach, and authentic content to engage, entertain and welcome a community that has been historically marginalized in sports.

Managing MiLB league wide Pride campaign was an ambitious project to undertake so early in his career, but it empowered him to embrace his identity and to leverage his identity for the benefit of other teams. The campaign was a huge success. It was the largest Pride celebration in professional sports. There were 71 activations across 34 states over a span of 5 months in 2019. Over 300,000 fans experienced a Pride night and the attendance totals were 8% larger than average game day attendance. In addition, they established 150+ local community partnerships with LGBTQ organizations and raised over $40,000.

Ben’s leadership and passion in managing the campaign was integral to its success. His ability to authentically share his story as an openly gay person working in sports allowed his experience and perspective to be an incredibly valuable resource to their clubs.

For too long, regressive norms in the sports industry have resulted in keeping people of color, women, members of the LGBT community and other minorities from pursuing a career. Although the industry is still deals with racism, sexism, and homophobia, Ben takes pride and holds himself personally responsible to do what he can, through whatever platform he has been given, to create positive change. He is proud of the projects he has taken on and everything he has been able to accomplish through embracing who he is. Ben has resolved himself to not allowing current norms, or stereotypes hinder his career ambitions.

He worked on many campaigns and initiatives since including spearheading the employee diversity pipeline program, FIELD, developing a league wide Ambassadors for Change award, and creating a first of its kind mixed methods research study looking at the sociocultural impact of our multicultural marketing initiatives to name a few.