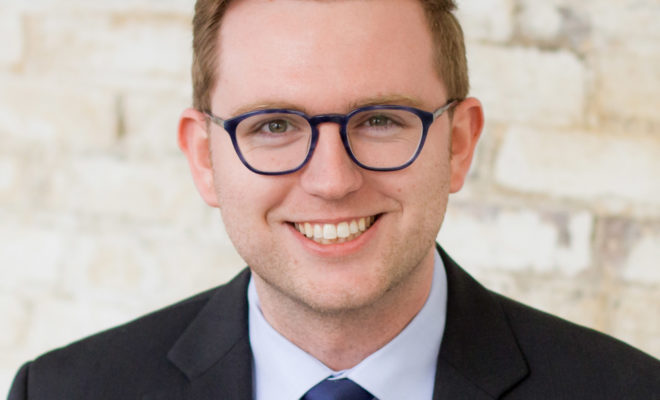 Leadership, to Brandon Woodard, is doing what you can from where you are with what you have. That’s what he’s been doing his entire life. Brandon grew up in a low income, working-class family with the dream of graduating high school, going to college and getting the heck out of Kansas. Two of those three things happened. He graduated from high school and he worked three part-time jobs to get through college while becoming the University of Kansas’ first openly-LGBTQ student body Vice President.

After graduating from college, Brandon was on track to move out of Kansas, but he was distracted by the state’s failed leadership by politicians in Topeka. While his friends were accepting jobs across the country, he had an urge to stay in Kansas, work for his alma mater and dedicate his free time to helping people he believed in get elected to local and state office. He dedicated himself to fixing the broken system. Four years later, he was asked to run for state representative in a swing district held by a far-right, extremist legislator. While working full-time and spending every evening and weekend talking to voters door-to-door, he earned enough respect and votes to be elected the first openly LGBTQ member of the Kansas House in 2018.