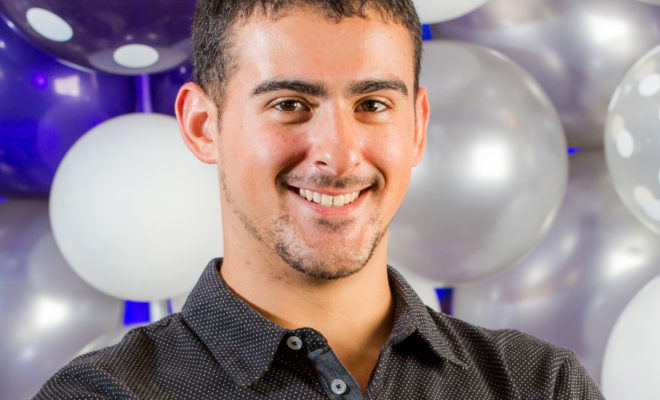 Chris Tribuna turned his childhood obsession with balloons into a profession. His obsession caused his parents to take drastic measures—no birthday parties for little Chris as he was unable to control his urge to take all the balloons from the other children.

Chris’ obsession became a hobby and soon he began creating decorations for family parties. In the sixth grade, his fifth grade teacher hired Chris to create a balloon arch for her daughter’s sweet 16 birthday party — with one paid gig under his belt he was hooked! He blindly followed his passion whether people cheered him on or discouraged his ambition.

A decade later, Chris has decorated thousands of events all over the country with balloons for private events, corporate events and all things fabulous including events for celebrities in the New York City Metropolitan area. Balloon Design Studio is a certified LGBT business enterprise, allowing Chris to be an out and proud small business owner pursuing his dreams.

Every day Chris is motivated to prove his naysayers wrong. He is also excited by the future he is building for himself and his family with the success of his balloon business. He’s happy to have followed in the steps of his parents who are successful in their fields. Chris says he is an example of how you can “turn nothing into something” when you are passionate and determined. He hopes to inspire other young entrepreneurs to follow their dreams and passions in life.