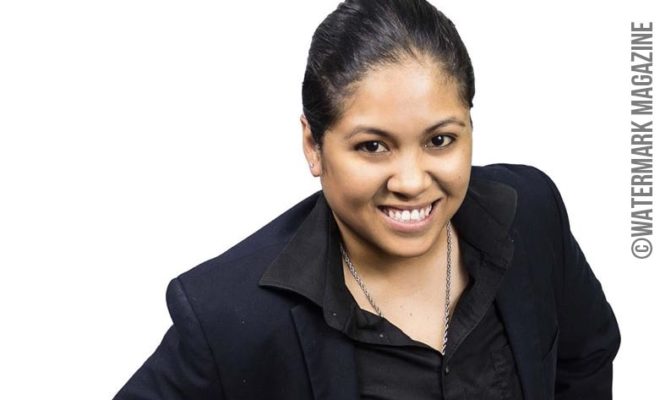 By 2030, Project No Labels would have 100 chapters around the world, including places where LGBTQ+ are criminalized. Communities will find a sanctuary in PNL and will have the support they need to thrive. Me? Traveling the world grooming leaders w/ my beautiful partner & pets

Claire Elisan is passionate about her love of community. Since moving to the Tampa Bay-St.Pete area from California more than eight years ago, she has become a go-to person in the Tampa Bay and St. Pete, LGBTQ+ community.

Claire is passionate about the LGBTQ+ community — and her passion drives her to action. Claire founded and is currently the executive director her very own nonprofit organization called Project No Labels (PNL). The mission is to unite the LGBTQ+ community with their straight allies through engaging activities and events while promoting volunteerism and activism. The four-year-old organization is helping bring to light the need to elevate the Trans community.

In 2015, PNL had over 500 people march in support of the trans community during St Pete Pride, sparking the beginning of the Trans Pride March established alongside St Pete Pride and Equality Florida in 2017. The pre-registration grew from 700 people back then to more than 2,000 participants in 2019.

Claire advocates for the oppressed and unites with straight allies to make a difference. Through her organization which promotes activism and volunteerism, she evokes change and compassion for the LGBTQ+ community and the world. She and Project No Labels have been nominated and recognized for several awards. In 2018, Claire was named volunteer of the year by the Tampa Bay Rays.  Most recently Claire was named grand marshal for Come Out St. Pete Pride parade.

Claire believes in self-care and self-love. She encourages her team to do the same before giving too much of themselves to serve our community without properly replenishing themselves—all of this is to avoid burnout. She believes in practicing what you preach to the best of your ability. Claire believes in a better world and a better tomorrow through uniting immigrants, citizens and philanthropists. She says, “Our collective strength is through our differences” because our “intersectionalities unite us towards a common good of Equality, Diversity and Inclusion.”

She used to think the most important thing was money until she had plenty of money and still felt empty. She says she was surrounded by “tons of people who claimed to be my friends”, but as soon as she closed her for-profit business to pursue nonprofit work less than a handful of people stayed around.

As challenging as nonprofit work can be sometimes, Claire’s heart overflows with love. She says her pockets have never been emptier, but she wouldn’t change a thing — she believes that money will be there again as long as she follows her heart.

Claire understands almost everyone has some sort of privilege in one way or another. Being a female, Filipino immigrant and lesbian, things haven’t always been so easy. She says on the LGBTQ+ spectrum, privilege (or lack of) factors in on “how seriously people take you”. For the most part she says she has been fortunate in finding support for PNL as well as amazing mentors whose footsteps she follows.

Her frustration comes when other people in the LGBTQ+ community, with privilege, voice their opinion that her efforts will fall on deaf ears — they are wrong. “Nevertheless, she persisted.”