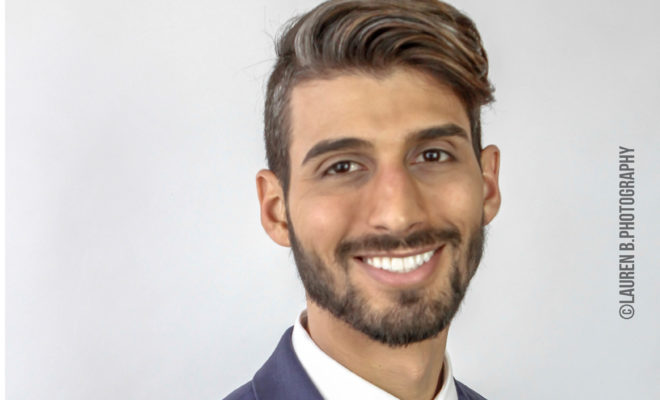 Business Model Innovator and Son of an Immigrant

By 2030, tens of thousands of individuals will have access to competent legal representation and not be burdened by its cost because of innovative pricing models in the practice of law like the one used by Next Level Law, P.C.

Daniel R. Hernandez is a Social Entrepreneur bringing access to justice to families that once could not imagine affording an attorney. At 27 years old, Daniel co-founded a law firm, Walczak Hernandez, P.C., with the mission of offering competent legal services at an affordable fixed price. Based on the belief that a person’s income, sexual orientation, ethnicity, age, sex and other social, cultural and biological differences should not determine whether a person receives quality legal representation.

As a child of Cuban immigrants, he was taught that hard work and perseverance are the keys to success. His first job was at the neighborhood McDonald’s, at age 16. It was here where he truly learned the value of hard work and most importantly respect for team members. The fast food services business isn’t for the faint of heart, there are times when customers treat you poorly and other times your supervisors do, too. Even though many encouraged him to quit, he persevered with a smile to work every day with a bigger goal in mind.

Fast forward through his years as an undergrad at Florida International University and law school at The John Marshall Law School to 2017 when he co-founded a law firm with Timothy Walczak. In two short years, WH’s innovative business and pricing model is sending shockwaves through the legal community—instead of paying by the hour, WH clients pay fixed fees for legal services. Conventional wisdom said it couldn’t be done, but Daniel defied convention by staying true to his belief in equal access to legal services and scaling their business model. Today WH is profit-producing month-over-month.

More importantly, this pricing model has brought legal services to individuals who thought they could never afford it. “Our clients budget for their legal fees without going bankrupt,” says Daniel. In the past two years, this 100% LGBTQ owned law firm has grown from two attorneys (with a $2,000 investment) to a total of six employees with projected annual revenue of over $600,000.

Due in part to his success at WH, late in 2019, Daniel decided to set out on a new solo venture, Next Level Law, P.C., with the same bold mission of helping more people have access to affordable legal services and therefore justice.

Committed to helping families of all types with issues such as divorce, child custody arrangements and support, visitation, adoption, LGBTQ+ rights, spousal maintenance and real estate, like WH, Next Level Law, P.C. assists families in transition. Daniel’s experience among transitioning families is wide-ranging – he is legal counsel to mothers, fathers, grandparents and even children as he is often appointed by Circuit Court judges to advocate on their behalf as Guardian Ad Litem and Child Representative.

Daniel not only works hard on and in his law practice, but he also believes it is his civic duty to give back to the community. Daniel has handled more than a dozen pro bono cases in 2019. He is vice president of the Board of Directors at Between Friends, a nonprofit committed to ending domestic violence, where he spearheaded the organization’s adoption of LGBTQ-friendly employment policies that have welcomed not only new LGBTQ employees but has expanded their social services reach into the LGBTQ community.

Daniel is also a leader on LGBTQ legal issues and serves as LGBT Committee Chair for the Hispanic Lawyers Association of Illinois. He is the membership chair for the LGBT Division of the Hispanic National Bar Association and instrumental in creating and maintaining the tradition of an HNBA Annual LGBTQ Leadership Summit. This LGBTQ Summit provides leadership training, discusses LGBTQ legal issues and teaches how to advocate for pro-LGBTQ legislation. Daniel is also vice-chair of the American Bar Association Sexual Orientation and Gender Identity Committee of the Young Lawyers Division.

Daniel says he never imagined a son of an immigrant truck driver would be a successful entrepreneur who actively serves his communities, but that immigrant upbringing, and his first job at McDonald’s, are what he attributes his success—he learned to work hard, persist and lead.