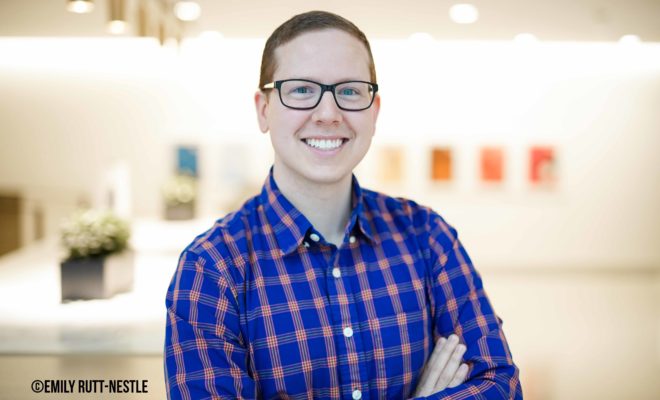 By 2030, the Pride Alliance will serve as a gold-standard engagement group model adopted by companies around the world to champion the LGBTQ+ community and foster greater visibility/inclusion in every society.

Being a BEQ Pride Leader Under 40 “is a dream come true,” says David Fox, an HR business partner at Nestle USA supporting the chief marketing officer and president of global brands. It serves as affirmation that he is able to live authentically and find his voice through LGBTQ+ advocacy and leadership. He says he has the responsibility to pay it forward.

David is a founding member and leader of the Pride Alliance – Employee Engagement Group (EEG) at Nestle USA headquarters in Arlington, VA. “This has been my platform to influence many of our executive leaders on a broad scale,” says David. The Pride Alliance was a major accomplishment to get off the ground and it flourished into a supportive group that fosters a more diverse and inclusive culture for LGBTQ+ and beyond.

Some notable accomplishments that David led through the EEG are:

Arguably, David’s contributions as a leader at Nestle USA contributed to their amazing results— first-ever perfect score on HRC’s Corporate Equality Index and named a 2019 Glassdoor “Top Companies for Diversity”—but now he is focused on 2020 and beyond. David says, “I will find new ways to innovate and lead in this space through efforts around transgender visibility and support of LGBTQ+ youth. I believe that when the LGBTQ+ community comes together to add our element to a vibrant corporate culture, it’s an impactful form of advocacy that can translate into real wins at a greater level in areas like government and social acceptance”.

David says he is “humbled by the impact” that he has been able to have by finding his passion and trusting his voice as a leader and an advocate for the LGBTQ+ community.

David is a certified professional in human resources (PHR®), happily married to Luke, since 2018 and living on the east coast in Virginia after a big move from California with Nestle.