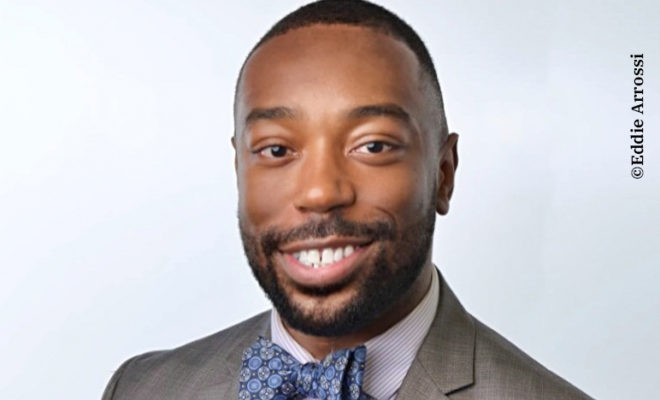 Thomas believes in the Happenstance theory. He knew he wanted to be a psychologist but wasn’t sure what type or who he’d be working with, he just wanted to help others. Krumboltz’s Happenstance theory highlights that indecision is desirable and sensible, as it allows the opportunity for people to benefit from unplanned events. As he was training in the field of psychology, Thomas was able to specialize in working with communities focusing on racial identity. Sometimes the work itself can be healing; through this work, Thomas gained a deeper understanding of his Black male identity. During graduate school and coming out as a bisexual male to friends and family, he still hadn’t fully committed to a research direction. As he started further identity research and unplanned advocacy with his LGBTQ community, it became clear that his mission and purpose would be to research, practice and advocate with others as they discover and understand their own identity and voice. An identity isn’t created by society, but it comes from within.

Thomas received his doctoral degree in counseling psychology at The University of Akron. He completed his pre-doctoral internship at Boston University Medical Center at The Center for Multicultural Training in Psychology (CMTP). He is currently a Postdoctoral clinical and research fellow at the Gender Identity Program at Columbia University Medical Center. His work examines the intersection of sexual orientation, gender identity, gender expression, race/ethnicity, disability, class and other identities and experiences. In his role at the Gender Identity Program, Thomas researches, practices and advocates on the resilience of transgender people, gender non-binary youth, social justice and empowerment training related to mental health.