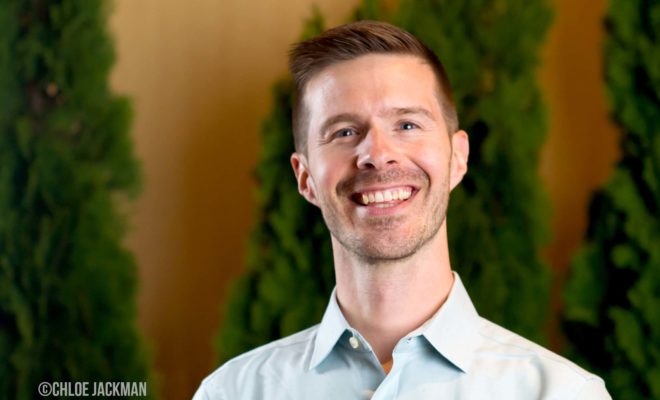 By 2030, I hope that privilege is in check, our underrepresented are represented, and our awareness goes beyond the letters LGBTQI+.

Dustin Finkle joined Outforce—one of 12 of Salesforce’s equality groups that are employee-led and employee-organized groups centered around common life experiences or backgrounds, and their allies—in January 2013. Their mission is to make Equality a reality both inside Salesforce and in the communities where they live and work. As a member of Outforce, Dustin led members to participate in Salesforce’s first Pride parade in June of 2013 and spoke on behalf of the Salesforce LGBTQ+ community on camera.

Dustin was part of one of the first Salesforce employee groups to attend the Out and Equal Workplace Summit, which inspired the development of Outforce’s Roles and Responsibilities that is a governance reference being used by all of Salesforce’s ERGs today! Dustin has also organized two separate LGBTQ+ focused events for Dreamforce, attended and assisted in leading Indianapolis’ first Pride event where Salesforce CEO, Marc Benioff, spoke out against Indiana’s anti-LGBT legislation. Dustin also spent the Salesforce holiday party raising awareness and donations for World AIDS Day. Finally, Dustin participates in Salesforce’s New Hire Onboarding program to educate new hires about Outforce and other LGBTQ+ resources available.

Outside of Salesforce, Dustin participated in and fundraised for the San Francisco Gay Men’s Chorus for more than years. He also raised $12,000+ for the AIDS LifeCycle last year where he both cycles and volunteers. Finally, he is a four-year participant and is assistant lead for an LGBTQ+ TaekwonDo group.

Leading efforts for corporations, fundraising for nonprofits and staying fit with a purpose through community fitness opportunities are all ways Dustin gives back. “It’s exhausting, rewarding and fulfilling work,” says Dustin. “People often comment on how much work I do outside of my day job – and I can honestly say, it doesn’t feel like work because I love it.” Seeing the smile on the face of a nonprofit leader when they realize that the extra fundraising dollars will be available to help achieve their mission, or being a voice that is a testament to the leadership and allyship of the Salesforce CEO in matters concerning the LGBTQ+ community are the moments when words fail to express Dustin’s gratitude and the elation of seeing hard work pay off.

Dustin is extremely appreciative of the nomination and being named a Leader Under 40 by BEQ Pride. He says he can’t wait to see the great work others have achieved and to continue his progress too.