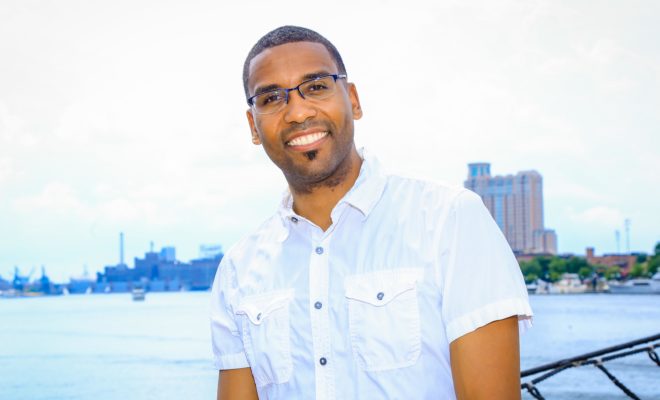 Entrepreneurism is in His Veins

By 2030, my work in construction, government, marketing, non-profits, real estate, and unions helps empower others in the LGBTQ community, especially people of color, to know that they can be successful in their profession and still be out and proud.

Jayson Williams was born in Baltimore City to a family whose roots go back more than 100 years in Baltimore. His mother’s side of the family-owned and operated a successful restaurant on Pennsylvania Avenue. His great grandfather operated a shoeshine stand at Lexington Market and he also rang the bell at the market to officially open and close it on a daily basis.  Jayson’s family has been the subject of several Baltimore Sun articles from decades ago during a time that African Americans struggled to get the same rights and access as their white counterparts.

Jayson was born with entrepreneurism in his veins and used it to build two successful business ventures—an undenied birthright. He is the president and CEO of both MD Strategic Consulting and Mayson-Dixon Properties & Development.

Jayson originally started Mayson-Dixon Properties & Development to renovate vacant townhomes in Baltimore City, including some historic properties in the Old Goucher neighborhood, but its capabilities have recently expanded to include new home building on a formerly vacant and distressed block in East Baltimore, adjacent to Johns Hopkins Hospital, and the company is pursuing numerous commercial development projects in the State of Maryland.

Jayson’s passion for Baltimore City comes from his father who was a taxicab driver in Baltimore for over 35 years. He instilled a desire and ability in Jayson to truly connect with people. He also planted the idea that would be the seed for his business ventures: “People give to people more than people give to causes. Be the person, not the cause.”

“If there is one idea to describe my passion, it is building strong relationships with people, from all walks of life, and from across the political spectrum,” says Jayson. It is his relationship with so many people that have enabled him to turn an idea into two thriving businesses.

Some recent awards and recognition for Jayson and MD Strategic Consulting include Baltimore Business Journals (BBJ) Healthiest Employers Award for our emotional, mental and physical health initiatives in our offices. Jayson was awarded Very Important Professional 40 Under 40 by the Maryland Daily Record.  He was also appointed to the Maryland Humanities Board of Directors.

Volunteering in the community is also a core value Jayson inherited from his family. He is chairman of the Board for Pride of Baltimore, Maryland (and Baltimore’s) tall ship and goodwill ambassador to the world. Jayson is the first African-American and LGBTQ chairman in the organization’s history and was a part of the successful effort in 2018 to secure long term state funding to help stabilize the nonprofit’s finances and to get the Pride of Baltimore II back on the water in 2019 after spending 2018 in dry dock.

Jayson’s partner in business and in life, Matthew Newcomer, has been his rock and he wouldn’t have been successful without his support and encouragement.