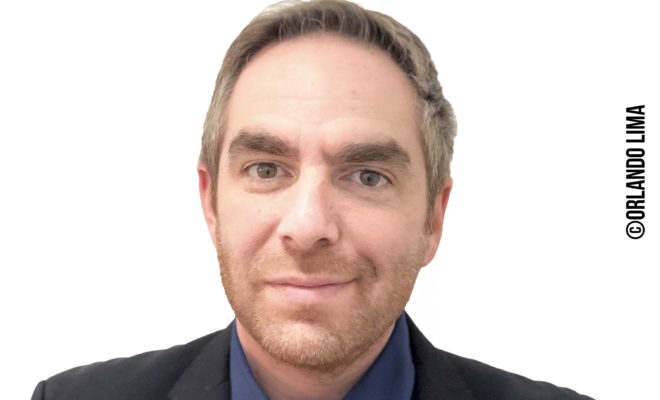 By 2030, through the efforts of Broadridge and inclusive companies like it, employees everywhere will feel empowered to bring their full, authentic selves to work and be the person they were born to be.

Jeff DeSoto has been an integral part of the Broadridge LGBTQ Network (B. Pride). He first volunteered to lead the Broadridge Workplace Engagement committee in 2012. Over the following years, his devotion to the network and high level of performance resulted in Jeff becoming a co-leader of the entire network. In this role, he helped create several new chapters domestically and abroad. This work included working with Broadridge management on a Diversity Champion program in India.

He also organized Broadridge’s World Pride March during the summer of 2019. And, each year he helps Broadridge in its offer of leading-edge LGTBQ benefits evidenced by its perfect rating on the Human Rights Campaign Foundation’s Corporate Equality Index and fosters a caring and inclusive work environment for all. Jeff has an undergraduate degree in Computer Science from Harvard University; a Masters in Financial Engineering from Baruch College; and is currently pursuing a third degree (an MBA) – also from Baruch.

He started at Broadridge as a software developer and then moved to the Broadridge corporate audit department, where he has been promoted twice in the last two and a half years. Jeff is among Broadridge’s elite High Potential Associates, expected to be a future C Suite occupant. Aside from all this, he is humble, compassionate and reliable, with a quiet drive and dignity. He is known as “a wonderful friend” and who “cares deeply about others, the company and the planet.”

One of the things Jeff is most proud of happened before his time at Broadridge. In 2008, California passed Proposition 8 banning same-sex marriage. Even though Jeff was far away in Manhattan, he created a sign that reflected how he felt it read, “I am a second class citizen” and took it to City Hall to protest. He also decided that when this case reached the Supreme Court, he would go in person to watch oral arguments. Almost five years later, he took his sign and spent five days camped in line to get into the hearings. It was a little cold at times, and one night it even snowed, but he was there for an important cause.

One of those afternoons several people in line were out getting coffee or simply warming up and Jeff was watching people’s things along with the guy next to him named Jason. Jason was straight and there with his girlfriend. Jeff was reading quietly with his sign out when someone came by and started yelling “this whole ‘gay marriage’ thing is a big hissy fit”. Jeff was quietly listening, trying to understand his point of view, but Jason stood up and defended him. He told passerby that this was important, and to go away.

A few days later as they were lined up to go into the courthouse, Jason was out, and a woman came up to Jeff and asked if he had seen her son. Realizing she meant Jason, Jeff said, “let me tell you what your son did…”. She beamed when Jeff told her and simply said, “that’s my son”. Jeff is proud of a lot of things from that time in line—proud he got to lend his support to a very important case. He’s proud he got to see Ted Olsen, a conservative lawyer, argue for the rights of LGBTQ people. But, most of all he is proud that he had the opportunity to tell a mother how her straight son came to the defense of a gay man when no one was looking.

Jeff is fortunate in that he travels a bit for work, and when he visits other offices, he likes to tell people about the moment in line at the Supreme Court of the United States as a way to show the importance of active allies.

While at work, Jeff tries to help every associate feel as safe and defended as he did at the courthouse. He tries to empower every ally to be an active ally as Jason was. And, he also tries to reach beyond just the United States to the United Kingdom, Ireland and even Russia and India. When work brings him to offices in other countries, he holds events to inspire chapters to form, or just meet with office heads to see what can be done to spur change for the better. If every associate in every office at Broadridge can feel safe enough to bring their full, authentic selves to work, then Broadridge will truly benefit from being one of the great places to work.