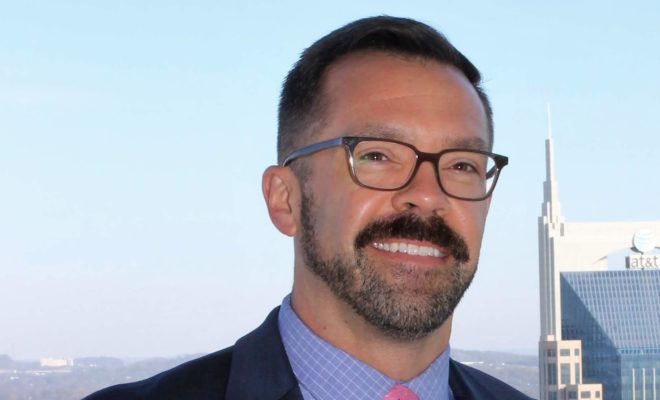 By 2030, the LGBT community will have settled on an encompassing and inclusive name that represents everyone. We will be even more proud of who we are and united with even more allies. We will have achieved protections for our community and will be working on other equity issues.

Joe Woolley has served as CEO of the Nashville LGBT Chamber of Commerce since 2018. Prior to being CEO, he served as the president of the board of directors for two years. During his tenure as both CEO and President, the Chamber has seen outstanding growth—doubling to 450+ members. They have also enjoyed substantial growth in the attendance at its monthly Brewing Up Business mixers, the annual Business Awards Luncheon and in the number of LGBT certified businesses in the city of Nashville and in the state of Tennessee. The Chamber led the way in making Nashville the first Southern city and one of the few cities in the country to recognize LGBT owned businesses in procurement. He also successfully helped organize Tennessee businesses against a large number of anti-LGBT bills at the legislature and those bills were stalled for the year.

For more than 18 years, Joe has been focused on LGBT equality issues as a volunteer or community activist role. Since 2018, Joe has been able to pursue his passion for LGBT equality professionally as the CEO of the Nashville LGBT Chamber. His background includes leadership roles as marketing and communications director, state coordinator, consultant and a stint as foreign desk broadcast associate. Joe’s experience spans several industries and sectors, ranging from higher education, to broadcast news, to nonprofit organizations, to entrepreneurship.

Everything Joe has accomplished throughout his career prepared him for his role as CEO of the Nashville LGBT Chamber of Commerce. He brings both a deep knowledge of local issues as well as a global perspective and worldview that is important in a leader of business equality. Joe is happy that he can work in such a progressive and extremely welcoming city like Nashville. But, working on LGBT equality issues and improving the economic opportunities for LGBT owned businesses within a very conservative state, requires a spirit of cooperation and a centrist approach in his area of the country. Joe was built for this challenge and as a leader, he is ready to go the distance.