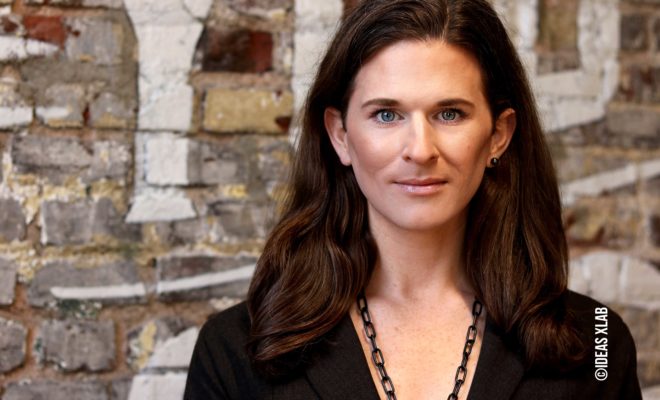 By 2030, I want to see a fundamental shift in what it means to be inclusive, including:
✅ People aren’t being misgendered 24/7
✅ People don’t feel isolated because they don’t consume alcohol
✅ People don’t have to hide parts of themselves at work out of fear but can show up 100%

Josh Miller is transforming lives through art. Challenging traditional notions of beauty. Making spaces inclusive for individuals who don’t drink alcohol. He says, “as a queer artist who identifies as a gay man, and presents androgynous (a combination of masculine and feminine characteristics), I take an active role in using both my artistic practice and work as co-founder and CEO of IDEAS xLab to drive change that supports the LGBTQ+ community.” Josh takes an insightful and ambitious approach to create a world where everyone can show up fully as themselves.

Originally from Chattanooga, TN,  and as the co-founder of Louisville-based, artist-led IDEAS xLab, Josh is an artist with a background in entrepreneurship, art and business administration and editorial production. He explores the world through photography and as a distance runner, documenting his journey through joshmiller.ventures. Josh uses his photography and collaborative storytelling to celebrate the brilliance and strength of the LGBTQ+ and Black communities. When Josh shows up fully the possibilities are endless.

Josh’s 2019 TEDx Talk: Building through arts and culture, toward hope  beautifully describes how he used hope and goal setting to transform his difficult circumstances into a successful future. Through IDEAS xLab’s HEAL Community Approach work in Smoketown, the oldest African-American neighborhood in Louisville, KY, they have demonstrated how to support and partner with a community to make a shift through the arts.

Smoketown has been a historically Black neighborhood continuously since the Civil War. In recent decades it has suffered the ills of being a heavily marginalized community with a high concentration of outdoor ads for “gun shows, drug-sniffing dogs, liquor and lawyers” according to Josh. The local community prioritized both beautification and safety as areas they wanted to improve by eliminating negative messaging and social toxins from the outdoor ads in the neighborhood.

One example of Josh’s genius through the HEAL Community approach was an IDEAS xLab initiative called “One Poem At a Time” to replace a series of billboards in Smoketown with his photographs of community and community members paired with single lines of poetry created with team member Hannah Drake.  Josh describes their motivation for the initiative and the kick-off in a video.

Josh and his team led a historical poetry walk through the community looking at the old and the new HEAL Community outdoor advertising campaign with community members and policy-makers. The rich cultural heritage and history of the community were shared through storytelling along the walk by poets and others. As a result, there was a collective decision to work together to make a change for the better.

The initiative sparked a shift in the community from being victims of bombarding negative messages to a united powerful voice demanding a change in policy around outdoor advertising in their community. They also took on community notification of applications for liquor licenses to give them an opportunity and a chance to voice opposition to negative or predatory influences in the community and beyond. The IDEAS xLab’s HEAL Community Approach has been an amazing model and a demonstration of leadership for how arts, artists and culture can drive change in a community.

Besides being an artist, distance runner, community activist and CEO Josh was a Louisville Business First Forty under 40 in 2018, a TEDx speaker, an advisor for the Derby Diversity & Business Summit, and founding Board Member of Civitas: Regional LGBTQ Chamber of Commerce headquartered in Louisville, KY and serving the Louisville, Lexington and Cincinnati area as part of the NGLCC affiliate network. He is also part of the Louisville Health Advisory Board’s Communications Committee lifting up Louisville’s focus on health and improved quality of life, by engaging stakeholders through stories and social engagement. He served as the Co-Chair from 2016-19.

Josh is a graduate of Bellarmine University with a B.A. in Business, Art Administration and he holds an MBA from Indiana University Bloomington. His photography and writing has been featured by The Advocate, Queer Kentucky, and more: http://joshmiller.ventures/#/LGBTQ/