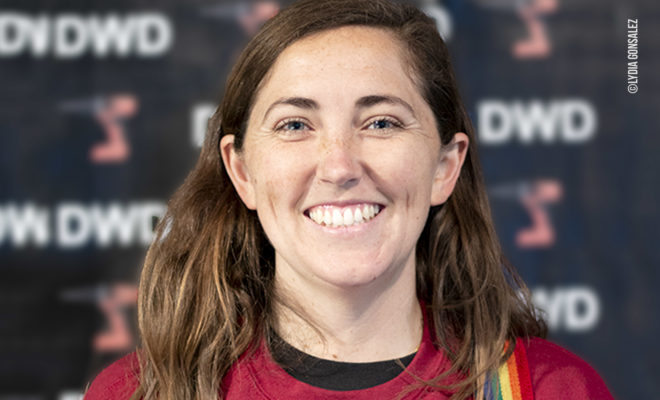 Building Inclusivity in the Construction Industry

By 2030, women and people in the LGBTQ+ community are empowered to use tools, build and fix their own homes, and own property. More than ever before, women and queer folks are entering the trades and construction industries.

Julie Peri was born a builder. From her early years playing with Legos, a Bachelor’s degree in civil engineering and later as a construction supervisor for Habitat for Humanity. The Bureau of Labor Statistics reports 10 percent of people in construction are women, this includes office jobs. The Bureau of Labor Statistics also shows that women only represent 3.4 percent of individuals working in trades. Being a woman in this male dominated industry and in the trades can be challenging —being a queer woman in the industry can feel even more isolating and intimidating. A recent article by Molly Sprayregen, September 24, 2019 in them. magazine “Dykes With Drills” Is Building Inclusivity Into the Construction Industry talks about the impact of Julie and Dykes with Drills on opening the industry for women and queer people.

Julie’s happiest times at Habitat for Humanity were when she found herself working with a group of women, many of whom were queer. In January 2018 she launched Dykes with Drills, a nonprofit dedicated to creating equity for women, transgender, and gender-nonconforming people in the trades and construction industry. Dykes with Drills has worked with more than 1000 people and has become an active member of their surrounding communities.

In addition to numerous introductory tool workshops, their volunteer teams have helped build tiny homes for the homeless in San Francisco’s East Bay area and Chico, California. In May, they partnered with Bay Area Derby and Skate Like a Girl to build an indoor skate park in Oakland. Last September, they worked with the Ceres Project to build a garden rooftop for the Social Advocates for Youth Dream Center, which provides housing, job training, and counseling for youth ages 18-24.

Julie is excited to see Dykes with Drills grow and progress. They are working to make the organization more inclusive to people of color and one day offer workshops in all major cities. Last May, they hosted their first of what is now regular workshops in Chicago at a nonprofit called The Rebuilding Exchange. Her vision is of a day when Dykes with Drills is obsolete, when all spaces in the construction and trades industries feel safe and welcoming to everyone— a day when a woman or queer person working on a site will be neither unique nor interesting.