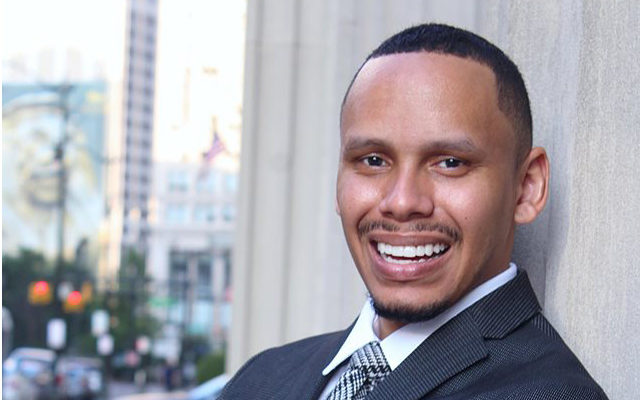 By 2030, I plan to have established a flourishing LGBTQ Business District in the City of Detroit built by majority-minority suppliers. #equity #lgbtbiz #inclusion @LGBTchamber

Kevin Heard, MBA, is a marketing specialist for the Detroit Free Press where he is responsible for the development and execution of marketing strategies to increase print and digital impressions. He works closely with the newsroom to plan and implement events produced by the Detroit Free Press and the USA Today Network. Heard is a founding board member and president of the Detroit Regional LGBT Chamber of Commerce (DRLGBTCC).

Within 12 hours of moving home to the City of Detroit in 2012, Heard received a survey call from city officials about the corruption and inevitable bankruptcy facing the region. After hanging up, he knew this was a sign that the City wanted his opinion and he was going to give it to them.

A year later, Heard founded the DRLGBTCC, a leading nonprofit organization trailblazing a path forward connecting the local professional LGBT and allied communities. In its first year, the DRLGBTCC received a $10,000 HOPE Fund grant from the Community Foundation of Southeast Michigan and established itself as a 501(c)6 and 501(c)3 organization. Soon after, they welcomed two corporate partners, orchestrated the first-ever PRIDE Nights with major league teams – the Detroit Tigers and Detroit Pistons – and joined the National LGBT Chamber of Commerce (NGLCC) as a Local Affiliate Chamber of Commerce.

For more than six years, the DRLGBTCC has enjoyed tremendous growth in membership and  LGBTBE® certification for a number of its member businesses. Under Heard’s leadership, DRLGBTCC has secured automotive industry support by having Ford, FCA, LEAR Corporation and Magna International as corporate partners. Other corporate partnerships include DOW Chemicals, PNC Bank, and Quicken Loans.

The DRLGBTCC is recognized as the leading advocacy group for local LGBT business professionals. Among its many accolades just this year: it partnered with the Human Rights Campaign to announce the submission of the Equality Act to Congress; orchestrated pride night events with all four major Detroit sports teams; it partnered with State Senator Jeremy Moss and Governor Gretchen Whitmer to reintroduce a Civil Rights amendment to include protections for LGBT people; and also hosted its first fundraiser gala with more than 400 attendees.

The DRLGBTCC has been consistently recognized for its work in the community due in large part to Heard’s leadership. In 2017, Crain’s Detroit Business named Heard one of Twenty in Their 20s for his work with DRLGBTCC. CORP! Magazine awarded the DRLGBTCC with a Salute to Diversity Award.

Heard believes that awards like the Leaders Under 40 from BEQ Pride are yet another way to raise visibility for the organization and its leaders. The hope is that the visibility will draw additional investment from corporate partners and give Heard and the DRLGBTCC the ability to hire staff to support what has been a fully volunteer enterprise into the future. The DRLGBTCC, under Heard’s leadership, continues to “raise the bar” high for the community.