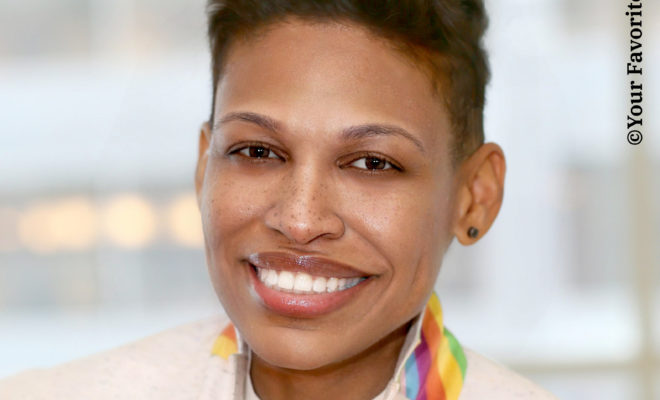 Khaliah is a serial entrepreneur, philanthropist, speaker and filmmaker. At her core she is simply a lover of humanity. As the founder of the Unleash Your Dopeness movement — a people empowerment platform — she encourages the masses to be comfortable in their own skin every day and everywhere. She is a powerful keynoter who can engage her audience, move the crowd and deliver a talk that challenges the listener to “Unleash Their Personal Power” or “Bring Your Full Self to Your Entire Life”.

Recently, Khaliah was a finalist for the NGLCC International Business and Leadership conference Annual Small Business Pitch Competition as an evangelist for napping. Nap Bar, her newest venture, is a cool white-glove napping experience for health-conscious professionals and entrepreneurs. Why is Khaliah an advocate for napping during the day? “Because napping is all about increasing productivity,” she says.

Khaliah climbed the corporate ladder quickly by taking pre-planned naps in the car to recharge. She credits her meteoric rise in corporate America – she was promoted to vice president by the time she was 28 — to the power of naps. Even as a Division 1 student-athlete, daily naps allowed her to maintain her required academic and physical edge and accomplish her goals. Obviously, this stuff really works.

Khaliah’s philanthropic work includes establishing the Cynthia A. Guillory Foundation, a namesake to her mother who lost the fight to ALS in 2002, months after Khaliah graduated from college. Khaliah promised her mother she would continue her legacy through the gift of giving and spread ALS awareness. In the aftermath of Hurricane Harvey, Khaliah inspired a community of friends to raise money for her hometown of Port Arthur, Texas. The Cynthia A. Guillory Foundation partnered with native Port Arthur small business owners to raise nearly $6,000 and pay off layaways for 77 families.

Khaliah’s film, I AM YOU: Dimensions of Diversity, is a three-part documentary project, that inspires human-to-human connection, embracing your uniqueness and tackling your misconceptions and unconscious biases. As a result of all of her accomplishments, Houston Mayor Sylvester Turner declared October 29th, Khaliah Guillory Day in Houston, Texas. She was also appointed to the mayor’s LGBT Advisory Board.

During the 2018, the She Said conference recognized Khaliah as Game Changer of the Year while Outsmart Magazine named her the Gayest & Greatest Female Podcast Personality of the Year and the Texas Diversity Council recognized her with a DiversityFIRST™ Leadership Award.