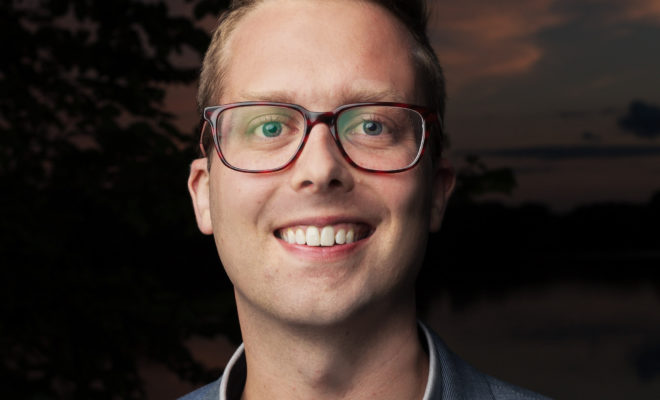 Matthew Hanzlik’s approach to his professional career and volunteerism is inspired by Oscar Wilde’s motto: Be yourself, because everyone else is taken.

Matthew helps other leaders with diverse skills, experiences and cultural backgrounds grow in their leadership. He leads talent management and leadership development strategy at Nielsen, a global measurement firm, where he is focused on ensuring that everyone has a seat and an equal, empowered voice at the table. If the person he’s working with isn’t confident about their voice, he’ll work with them to build their confidence. If the person he’s working with can’t find or access the seat, Matthew works with them to bring another chair to the table.

He has directly influenced the careers of over 150 diverse colleagues in this capacity. But the impact extends beyond them — as they succeed in their careers, they’re extending a hand to pull the next generation up the ladder they’ve built. In every presentation or address Matthew gives, he shares Nielsen’s data to champion the LGBTQ+ community and its driving force in the economy and society.

With the PRIDE mentoring program and circles, associates will have access to culturally-specific mentoring to help them leverage their LGBTQ+ and other identities as a valuable, powerful asset in the workplace.

Serving the LGBTQ+ community is a central part of Matthew’s identity. Beginning when his mom was diagnosed with Parkinson’s disease in 2010, he has served as a leader on the board of the National Parkinson Foundation Minnesota. Matthew’s leadership helped the organization scale from a volunteer-run organization to an affiliated chapter of the National Parkinson Foundation while tripling fundraising and impact for the community.

Matthew’s pay-it-forward in the LGBTQ+ community is serving as a leadership coach and mentor for LGBTQ+ students at his alma mater, University of Minnesota. Matthew believes the LGBTQ+ identity is a strength and he is joy-filled to help the next generation of leaders find and leverage their own identities.