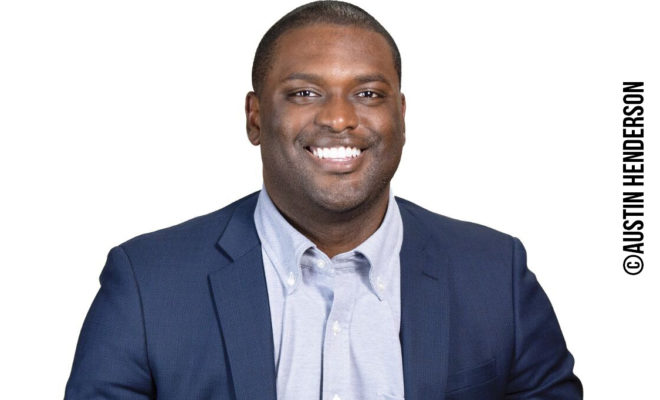 Fighting for Justice at Every Level

By 2030, we’ll have built a broad-based movement to defeat homophobia, transphobia and white supremacy. ‪We will have dismantled systems of power that produce inequity and oppression. We will have established a democracy that works for all Americans.

Mondaire Jones is a 2020 candidate for New York’s 17th Congressional District. He could very well become the first gay, Black member of Congress, representing New York’s Westchester and Rockland Counties. Despite humble beginnings—son of a single mother, spent his childhood relying on Section 8 housing vouchers and food stamps—he has already achieved a considerable amount at a young age. He graduated from Stanford University as a political science undergrad and earned a J.D. from Harvard Law School.

Mondaire has always applied himself and his passions toward community activism and public service. He founded a youth council for his local NAACP as a high school student in Spring Valley, NY, emphasizing the need for local representation in the larger African American community. After graduating from Stanford University, he served in the Obama Administration’s Department of Justice taking his advocacy skills to the national level.

After graduating from Harvard Law School, he was a litigator in the Westchester County Attorney’s office involved with some of the county’s biggest cases. He also fought for LGBTQ civil rights at the state level as a member of the Board of Directors for the New York Civil Liberties Union focusing on LGBTQ rights, putting his firsthand knowledge on how to advocate for his community to good use. He uses his grassroots skills to provide the proper resources to those in need.

Mondaire is running for Congress because he believes there should be more people in office for whom policy is personal. Like many LGBTQ people, he has personally dealt with lack of healthcare, housing and food insecurity and six-figure student loan debt. He watched both of his grandparents work multiple jobs into their 70s in order to support him and cover their healthcare costs.

Growing up five miles from the Hudson River, he has seen how an entire ecosystem can be brought to the brink by neglect – and then brought back through concerted community action, with the help of the state and federal government. Mondaire is fighting for a future in which all people, especially LGBTQ people, have quality healthcare, a roof over their head and an opportunity to make something of themselves. He also wants to ensure we all inherit a livable planet. He is an inspiring leader to so many in his community. And as a queer person of color, his election would be nothing short of transformational.

“Throughout my upbringing and professional life, I have demonstrated leadership in my community at home and my community at large,” he said. “My identity has not only been core to how I present myself to the world, but has also shaped my activism and leadership.”

In all facets of his life, he has been fighting for justice at every level. As a high schooler, he understood how to enact change on a local level. As a college graduate, he broadened that understanding to the national level. And as a law school graduate, he took that same understanding back to his home county and Spring Valley, NY. Through these experiences, he witnessed first-hand the injustices and issues faced by communities of every size. Now, as a candidate for the United States Congress, he is equipped and prepared more than ever to tackle those same issues and provide the necessary leadership to his future constituents.