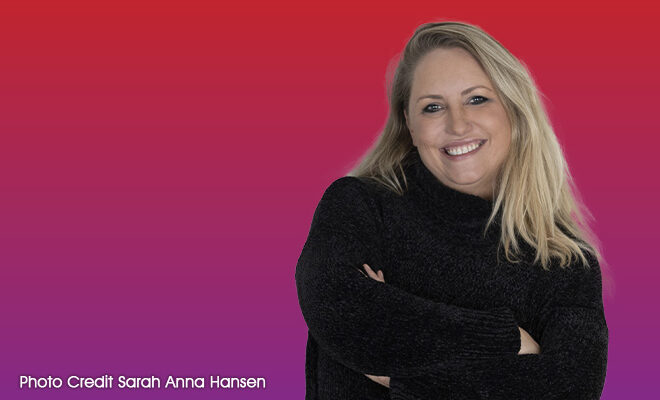 That times of stress and uncertainty are alleviated by acts of beneficence. Ascertaining my community’s needs during a global pandemic has allowed me to be a more thoughtful leader and given me the ability to design and deliver meaningful solutions.

Besides being an artist herself, Rachel Wilkins is an art business coach and mentor, philanthropist and co-founder of Conception Arts, a business dedicated to providing resources, opportunities and mentorship for artists, especially those historically underrepresented. Wilkins is also the founder of the Pride Art + Film festival, celebrating exceptional members of the LGBTQ creative community. Over the past decade, she has worked with more than 8,000 artists on two continents in 20+ cities, supporting, elevating and enhancing their voices.

When Rachel Wilkins co-founded Conception Arts in 2011, her mission was, and remains, to elevate the voices and creations of those who otherwise would not have the opportunity to be seen or heard. Wilkins is also a mentor for the New Museum, NYC’s incubator program.

Under her leadership and vision, Conception was producing nearly thirty (30) in-person art events per year, throughout the U.S., prior to the pandemic-shutdowns. Wilkins pivoted to online platforms, launching the ‘Smart Art Business’ podcast and ‘Coffee with Artists.’ The latter is a live video interview with artists, which often leads to candid discussions on such topics as race-relations, addiction, mental illness and LGBTQ issues. During Pride month, 2020, Rachel, an artist in her own right, produced an art series entitled ‘Shoulders of Giants.’ Her series was an homage to activists, such as Edie Windsor and Marsha P. Johnson, who fought to advance LGBTQ rights.

In 2015, she founded the Pride Art + Film festival to celebrate exceptional members of the LGBTQ creative community including visual artists and filmmakers. During the festival, Wilkins and team had the great privilege of presenting the late Edie Windsor with her namesake award for outstanding contributions to LGBTQ rights and advancement.

Wilkins is currently developing programming for 2021/22 to bring the festival back and to honor current creative visionaries for their contributions to art and film. She hopes in the future to help the community to pay even more attention to the folks that exist in the margins, those at the intersections who are often overlooked and neglected.

On Wilkins’ philanthropy and recognition, she donated 50% of the proceeds from her “Shoulders of Giants” series to the National LGBTQ Task Force’s racial justice work. Additionally, Wilkins has helped raise funds for Cindy Lauper’s True Color fund, The Pablove Foundation, Blissful Bedrooms, Breast Cancer Angels and the Fifth-Ward in Houston, following Hurricane Harvey, among others. In 2016, Rachel was a NY Business Journal’s Women of Influence Award recipient. Through Conception Arts, Wilkins awards an annual artist residency in France and has given grants to artists struggling financially during the pandemic.

In 2019 Wilkins was delighted to produce a pop-up art event as part of the first annual Trans New York convention. A highlight of this event for Wilkins was chairing a panel of diverse voices from the trans community. What followed was a candid and pivotal conversation that brought about an acute awareness of the many challenges faced by the panelists and others in their daily lives. The disparity between the rate of violence against and suicide in trans brothers and sisters and the rest of society is alarming and pressing according to Wilkins. She will utilize her voice, platform and resources to bring light to the issues faced by the trans community.